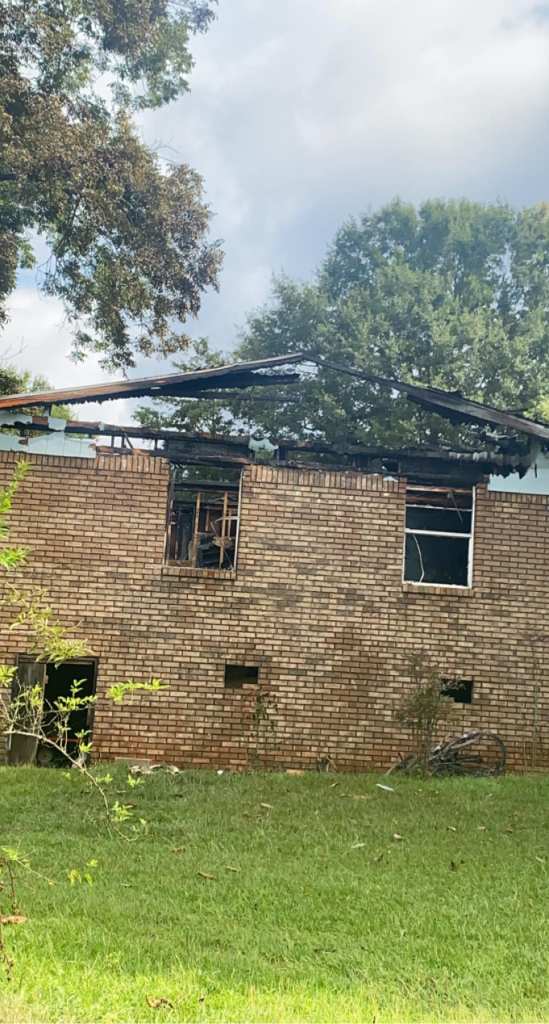 A house in West Point at 1101 Avenue I was badly burnt Saturday, according to West Point Fire Chief Milton Smith.

“When the fire crews arrived on the scene, it had already vented through the roof of the building, so the fire had started a little while prior to anyone noticing it,” Smith said.

“The house is not livable, currently,” Smith said.

Because the fire was so severe by the time crews arrived, Smith said a cause for it couldn’t be determined.

According to West Point City Council Member Alanteo “Henry” Hutchinson, his friend, Lorenzo Hill, had lived in the house and lost all of its contents. He said that Hill and Hill’s family members reached out to Hutchinson for support, so he shared information about what happened and what could be done on his Facebook page.

“The response was overwhelming,” Hutchinson said, explaining that many community members, including the post office, donated money and items.

Those wanting to contribute money to Hill can donate it to his sister’s Cash App account, $hillbrittany9886, according to Hutchinson’s Facebook post. The post also says that clothing is needed, namely shoes, size 11 ½; shirts, size 2x; and pants, size 32/36 or 34/36. To donate clothing, contact Hutchinson, Nesha Hill or Brittany Hill over Facebook. Links to Nesha and Brittany’s accounts are in Hutchinson’s Facebook post. Lorenzo Hill’s mother can also be reached at (706) 518-4745.

Hutchinson said Hill’s mother and sister were “ecstatic” about the donations they got in such a short span of time. He took the community’s rapid response as proof of its friendly quality.