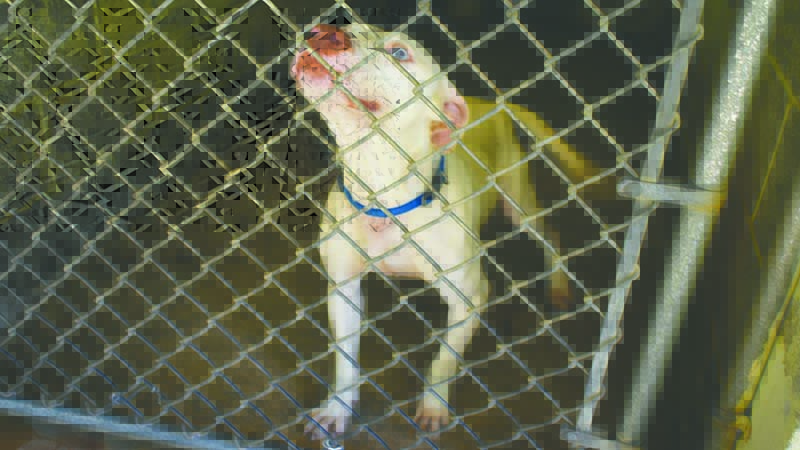 The Chattahoochee Humane Society shelter in Valley is full, according to shelter director Shon Sims. Though it was able to give some cats to rescue organizations this past week, Sims said the shelter had appointments for “a bunch more” coming in.

The shelter hasn’t had to euthanize animals due to overcrowding, but Sims said there had been a recent risk of it. She said even rescue organizations that take animals from the shelter have too many animals.

“It’s puppy and kitten season, and everybody gets full this time of year,” she said.

On Wednesday, the shelter had no empty dog kennels.

Sims said pledging is a way to help the shelter or rescue organizations.

“So basically what they’re doing is either pledging money to the rescue to help offset their costs, or they can actually pledge here to offset adoption costs for a particular animal,” she said.

Sims said that the adoption fee for an animal at the shelter is $100.

“It’s a really good deal because the animal comes already spayed or neutered,” she said. “It’s current on all its vaccines. On the dogs, we heartworm-test them. And on the cats, we feline leukemia, FIV, and heartworm-test. And then, they’re also dewormed.”

Sims said the shelter might lower adoption fees on cats in September.

“The biggest problem we have is when we have families come in, like a mom and kittens,” she said. “It’s hard to get those out to rescues. Usually, a cat has four to five kittens. Some have more, but that’s the average littler, four to five. So, you’re looking at somebody having to make a place for five cats at one time.”

While people can only turn animals in to the shelter by scheduling appointments, Sims said walk-ins are welcome for adopting animals. She said taking animals by adoption only has significantly reduced the shelter’s euthanasia rate.

The shelter is open Mondays, Wednesdays, Thursdays, and Fridays from 10 a.m. to 5 p.m.

To limit the number of people in the facility at one time, visitors have to call a number posted on the front door to be let in.

The shelter has a link to its Amazon wish list of needed supplies on its Facebook page. Donors can ship items to 3265 Fairfax Bypass, Valley, AL 36854 or drop them off in person at the same address.

The Chattahoochee Humane Society can be reached by calling (334) 756-9377. It encourages people to spay or neuter their animals.