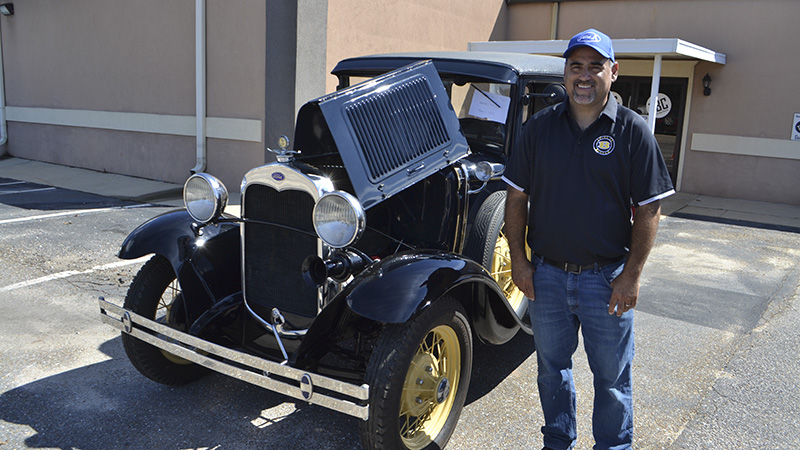 BEULAH — The weather couldn’t have been better for Saturday’s Family Day on Lee Road 270 across from The Bridge Church in Beulah. The event was hosted by the Beulah Friends of the Community.

There was plenty of food including hot off the grill hot dogs and hamburgers, nachos with cheese, chips, drinks and popsicles. There was even an ice cream truck on site

Family Day started at 10 a,m. CDT and continued until around 2 p.m. Kids enjoyed getting into a bouncy castle, coming down a giant slide and testing their skill on a rock wall climb. These inflatables were provided by Party Plus Rentals.

There was a stage with live entertainment throughout Family Day. Vendors under tents were selling everything from jewelry and homemade goodies to epoxy art, t-shirts and stuffed animals. The Pink Zebra booth had the theme “Stick your nose into my business anytime.” The were selling sweet smelling items in jars.

In the Family Day car show, Beulah resident Ronnie Pagan had some really nice M0del A Fords from the 1920s. One was a sedan in beautiful condition and the other a smart-looking truck. Pagan said he has a 1923 Ford at home but hasn’t had the time to do some work on it. The Model As are in excellent condition, and he frequently takes them out on the road. Both have the black and gold look for both the Beulah Bobcats, where he lives now, and the Lanett Panthers, where he used to live.