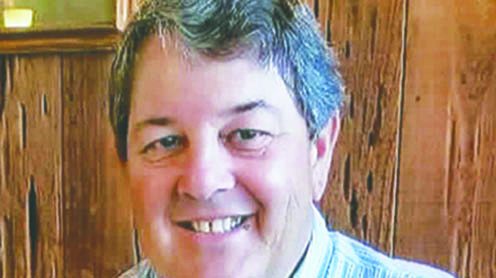 PERRY, Fla. — A man who started his journalism career at The Valley Times-News in 1979 and went on to become the publisher of two Florida newspapers has died. Don Lincoln passed away at age 66 on Sept. 9.

Lincoln’s first job at The VTN was sports editor. He later became a news reporter before taking a position in the advertising department at The LaGrange Daily News.

In 1981, Lincoln married Susan Harrison, who was then the lifestyles editor with The Valley Times-News.

The couple moved from Valley to Florida, where they managed The Live Oak Post for two years. They then moved to Perry, Florida, where Don Lincoln served as publisher and managing editor of The Taco Times and The Perry News-Herald for 33 years.

Don was active in economic development of the Perry-Taylor County region. He served multiple terms with the Taylor County Development Authority and was a director for the Perry/Taylor County Chamber of Commerce for a number of years.

He served several terms as president of the Kiwanis Club of Perry, notably being its president during its 75th anniversary year. He also held an advisory position on the Policeman’s Pension Board for the City of Perry.

Don was an avid golfer and served on the board of directors for the Perry Golf & Country Club.

He was a long-time member of the First Presbyterian Church of Perry.

Anyone who read the outdoor columns Don wrote for The Valley Times-News knew of his love of fishing and hunting. While a VTN staff member, he wrote a lot about fishing on West Point Lake. In Florida, he wrote about fishing in and around Taylor County. While in north Florida, Lincoln enjoyed being on the periphery when archaeologists from the University of Florida did excavations along the Aucilla River. He often reported on those archaeological digs while serving as an associate editor of The Aucilla River Times.

A native of Birmingham, Alabama, Lincoln was born on April 22, 1955. He graduated from Vestavia Hills High School in 1973. He went on to earn a degree in journalism from Auburn University.

He was preceded in death by his parents, Homer Madden Lincoln and Gladys D. (Fitts) Lincoln.

He and Susan were married for 39 years. He is survived by two children, Katie Lincoln King and Jonathan Harrison Lincoln, both of Perry; two brothers, Bruce and Ben (Tina) Lincoln of Birmingham and a host of nieces and nephews.

A memorial service was held at 2 p.m. EDT, Sunday, Sept. 12 at the First Presbyterian Church in Perry.

At the service, his wife Susan described her husband as a man who was laid back, mellow and contented.

“With a bucket of worms, a peanut butter and banana sandwich and $10 in gas, he could be happy for a day… maybe longer,” she said. “Don taught Katie to fish, then Jonathan. His patience was boundless. His love for his children was endless. He was their biggest advocate, their defender, their inspiration.”

At only 13 years of age, Don had his first hole-in-one at the Green Valley Country Club in Birmingham. That feat was printed in a local newspaper, and Don’s mother carried a clipping of it for years. The clipping went to Susan in 1981 when the couple was married, and she has it still.

“Don was a newspaper man for 40-plus years,” she continued, but he never wanted to forget those childhood years when he helped brother Ben run the paper route for the Birmingham News. That’s where it started, he always said, from the bottom up.”

Mrs. Lincoln said her husband died on a Thursday afternoon while watching black-and-white episodes of “The Rifleman” and “Gunsmoke” after going fishing earlier in the day with a good friend.

“There was much left to do,” she said. “He had his first smart phone and tickets to an Eric Clapton concert on Sept. 25.”

The Lincolns had planned to celebrate their 40th anniversary in the Blue Ridge Mountains with some new golf clubs they’d recently purchased.

“Just because,” she said.

“Hardships were endured; challengers were faced head on,” she added. “Priorities were identified and held firm. With that legacy, the family moved forward. Thank you for holding our hands, feeding us, crying with us, mowing our lawn, bringing an extra refrigerator, mopping our floors, answering the front door, and manning the kitchen. Now we covet your prayers, knowing that even in the darkest hour, God is there. He has always been there. He will be there still.”

Chambers falls to Pike Liberal Arts in battle of…