HUNT COLUMN: Will the caucus be raucous?

This was interesting. More people ought to attend these.” That was a comment offered by a visitor to the monthly school board work session last Tuesday night. She was the only person in the room who wasn’t there because they had to be, such as board members, cabinet members, other TCSS personnel, and media representatives.

I have a big confession: During my three decades of employment with our school system, I never attended a work session. I went to quite a few of the Thursday night formal/business meetings, usually because either I, my students, or my own children were being recognized, and only occasionally because of interest in an agenda item.

For years and years, the (usually) Monday evening meeting during board meeting week was called the caucus. I had no idea what that meant (other than it being some kind of conference) and didn’t really even ask or pay attention. After being elected to the board and finally understanding the process, I and others wanted to change the name to work session, hoping that would provide some clarity.

Because of Sunshine Laws, school board meetings with a quorum present (which would be at least 4 of the 7 of us) must be open to the public so citizens can hear what we talk about and vote on, and this is true of both the work session and third Thursday business meetings. These are meetings of the board in public — not town halls where there are discussions between the board and the attendees. It would be very difficult to efficiently conduct business if that were the case. We do allow public comment at the beginning of both the Monday and Thursday meetings. The rules for that are accessible on the system website under the school board tab. We listen, and then we move on to discuss what’s on our agenda, and the public is welcome to stay and listen to everything.

Board members are elected by the public to help make policy, oversee spending, employ and advise a superintendent, and occasionally take on other tasks such as disciplinary appeals. Citizens have been known to say to us, “We elected you; you have to do what we say.” That’s a problematic statement. First of all, there will rarely come a day when all citizens agree on what to do in any given situation, so a statement like that doesn’t hold water. Secondly, school board members are the only elected officials who represent people who can’t actually vote for them — minors. Our decisions must always focus on what is best for the majority of our students.

Usually when we have a big turn-out at our meetings, other than for awards and recognitions, it’s because a controversial item is on the agenda, and passions are running high. So people come and say their piece, and then they usually leave. We’d love for you to stay and get a feel for all the things we deal with, just like last week’s lone visitor did. A lot of good and open information is shared about what’s going on in the system. If you’ve only ever been to a Thursday meeting, you could easily get the impression that the board “rubber stamps” all of the superintendent’s recommendations as quickly as possible. What you wouldn’t realize is that most of the discussion and questioning is done at work sessions (usually on Mondays), giving the board a couple of days to ruminate on the information before calling for votes on Thursday nights.

So please visit sometime just because you’re an interested citizen. We appreciate that.

OUR VIEW: We want to hear from readers 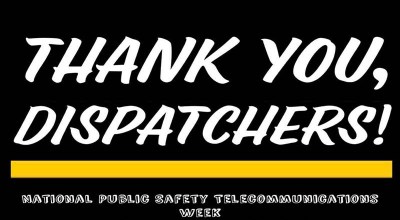