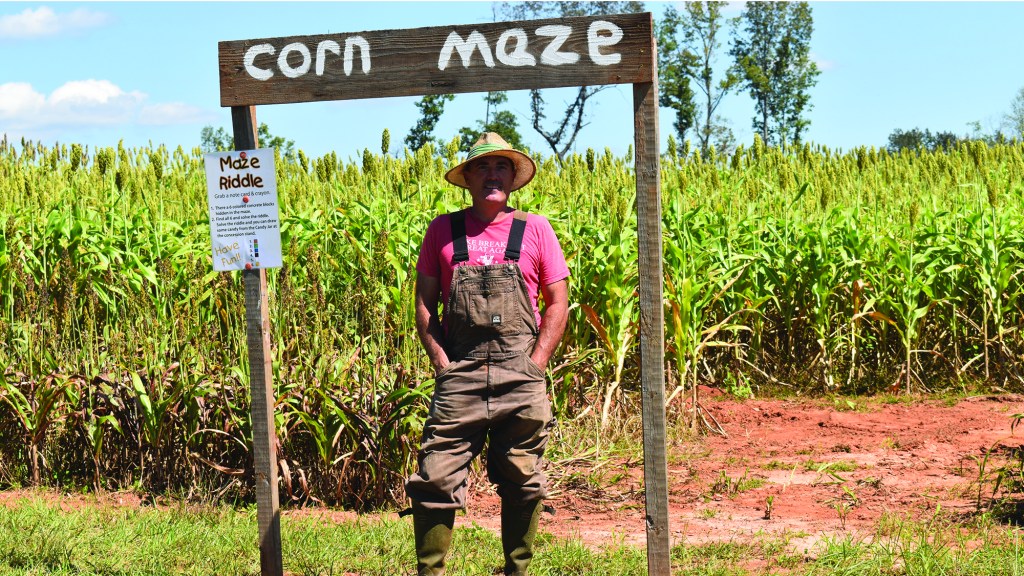 Red Oak Farm, located at 6268 County Road 83 in LaFayette, will be hosting fall festivities during weekends for the entire month of October, according to farm co-owner James Gilbert.

It will be open on Saturdays from 10 a.m. to 6 p.m. CDT and Sundays from 1 pm. to 6 p.m. CDT. The farm offers a corn maze, hay rides, a petting barn, pumpkins for purchase, playground equipment, pedal carts, a “corn pit” where children can immerse themselves in corn, a duck race, archery, tug of war and a barrel train ride. Pumpkins may not be available the last weekend in October. They cost $5 to $10, depending on their sizes.

Comfortable clothing and shoes such as tennis shoes or boots are recommended for walking around the farm.

Admission is free for children two and under, $10 for ages three to 64, $5 for seniors age 65 and up, and $5 for military personnel with IDs. All activities are covered by admission. Cash and all major credit cards are accepted. A $2 charge is applied to all card admissions.

“I try to do two special weekends a year,” James said.

James said the corn maze is probably the farm’s most popular attraction.

“I like having the corn maze because there’s so many pumpkin patches around here,” he said. “It’s like everywhere you turn, there’s a pumpkin patch. And that’s the main reason I wanted to open mine, because my dad — we’re from Georgia, originally — and he’s always liked growing, corn, crops and stuff … I want to separate myself from regular pumpkin patches and build a big corn maze. Because to me, a corn maze is a more fun thing to do. It’s fun for little kids and older people.”

He said he tries to make the corn maze harder to navigate each year. This year’s corn maze has pumpkin patches hidden inside it.

He estimated that it would take 45 minutes to get through.

James said the second most popular attraction is probably the animals.

James said the third most popular attraction is probably the hayride. And he said it isn’t just a hayride — the farm puts up props for kids to see along the way.

James said the farm has some new attractions this year.

“The main one, which I think is going to be the most popular, is a barrel train ride to pull the little kids around the farm,” he said.

James and Natalie Gilbert purchased a little over 200 acres of Chambers County land in 2017, just 20 minutes northeast of their home in Auburn, according to theredoakfarm.com.

They formed Gilbert Land and Cattle so James could start planning for life after retirement from being a lieutenant firefighter in Auburn. He and his father, Travis Gilbert, started building a cattle farm from scratch.

James is trying to set up the farm for agritourism, which he said refers to people paying money to experience activities on the farm. Having been inspired by corn mazes, pumpkin patches, and hayrides across the south, the Red Oak Farm opened its first corn maze to the public in the fall of 2019.