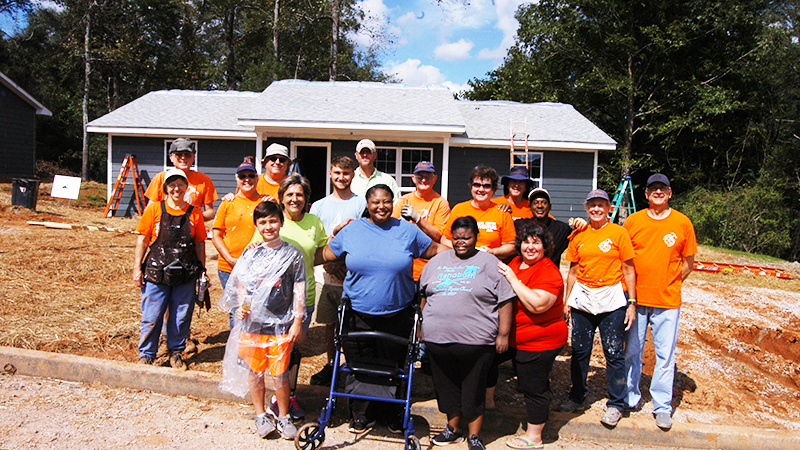 Help has arrived: Biking enthusiasts on the current Fuller Center Bike Adventure are in West Point this week doing the exterior painting on the two new Chattahoochee Fuller Center homes on Higgins Street. They are being assisted by some local volunteers.

WEST POINT — A total of nine bicyclists from the current Fuller Center Bike Adventure are in West Point this week doing the exterior painting on CFCP Homes No. 65 and 66. Last week, they rode the 440-mile Natchez Trace Parkway from Nashville, Tennessee to Natchez, Mississippi. They left Natchez on Sunday and drove to West Point.

“The Natchez Trace was an enjoyable ride, but you need to be in good shape to do it,” said group leader Mark Goodwin. “We spent an extra day in Houston, Mississippi doing some work on their houses. We are now in West Point painting the exterior on these two new Fuller Center homes. Most of us will be here through Thursday. A few of us will remain on Friday.”

In addition to loving the great outdoors and experiencing it on a bicycle, the group is also skilled in-home repair.

“We do lots of different tasks, from exterior painting like we are doing this week, to hanging doors and repairing roofs,” he said.

Goodwin is from Owasso, Oklahoma. He is being accompanied on the trip by his wife, Penny.

“We have been with the Bike Adventure since 2017,” Goodwin said. “We try to do at least one trip every year. In January, we plan to be on a bicycle trip from Orlando to Key West, Florida.”

Goodwin said it’s most gratifying for him and Penny to help people wherever they go.

“We have helped with a lot of stuff, and that’s good. We were in Beauregard two years ago and decided to come back to the area this year to help out in West Point.”

A Fuller Center Bike Adventure usually takes about 70 miles each day. There are rides all over the country, some along the east coast and some on the west coast. An upcoming ride will be going from Panama City, Florida, to Galveston, Texas, and another one will follow the route of the Underground Railroad.

There are cross-county trips that go from one coast to the other. One that’s planned for next year will go from Oregon to Maine, and it will cross the Rocky Mountains and the Great Plains before skirting the Great Lakes and going past Niagara Falls, eventually ending up on the rocky coastline of Maine.

The rides have been taking place for the past 14 years. Over that period, hundreds of new and experienced cyclists have taken on incredible adventures by bicycle. Those taking part have changed lives by raising money for families around the world and helping build or repair homes along the route.

For information, go to fullercenterbikeadventure.org. 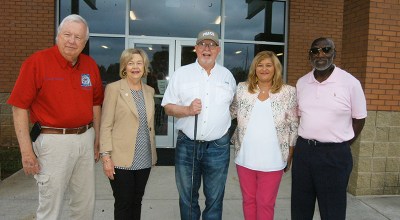