“Electric Jesus” to be screened at The Skatin’ Rink 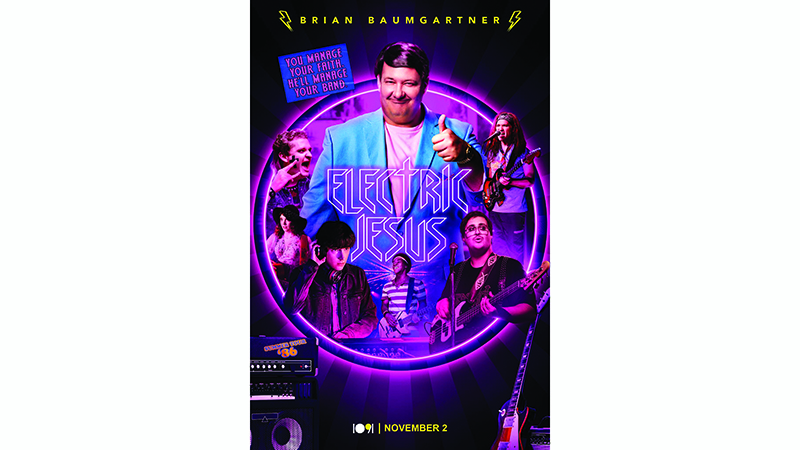 Some remember that in September 2019, The Skatin’ Rink in Valley served as a set for the filming of “Electric Jesus,” a major motion film directed by Chris White. On Oct. 31 of this year, the movie will be screened at the same location. Doors will open at 1 p.m., and the movie will start at 2 p.m. Guests will pay $10 at the door. They are encouraged to bring lawn chairs or other things to sit on, as they will be seated on the skate floor. Each guest will get a free Coca Cola product and a bag of popcorn.

The concession stand will be open for non-cooked items only, such as popcorn, chips, candy and drinks. Cell phones must be turned off during the movie. Children are allowed but must behave as if they are in a theater.

Screenwriter and director Chris White and his wife, executive producer Emily White, will be present. Emily said that Will Oliver, who played Columbus band member Jamie in the movie, might also be there.

The Whites will be giving away a couple of “Electric Jesus” prize packets, which will each include a shirt and a CD with music from the movie’s soundtrack. They may also do a Q and A session if they have time.

“Electric Jesus” is a fictional comedy that centers around an 80s Christian rock band. Emily said that if she had to describe it in one word, it would be “heartfelt.”

“It’s really sort of a charming, coming of age story that parents and kids can watch together,” she said.

“We really wanted to have a skating rink in the film,” Emily said. “It was such an iconic 80s and 90s thing. In the late 80s, everyone was going to the skating rink on a Friday night.”

Emily said it was very kind of Skatin’ Rink owners Carmen and Jason Turnham to let the movie crew use their facility.

Carmen said she and Jason had owned the skating rink for only about two weeks when they received a call from the movie crew. She said the movie crew added some arcade games and other things that made The Skatin’ Rink look even more like it was in the 80s. They let the rink keep some neon lights.

Carmen explained that in the movie, some characters in a band were putting on a concert at a skating rink.

“And unfortunately, the manager couldn’t find anywhere for them to stay for the night like a nearby hotel or anything,” she said. “So, they set it up where they just spent the night in the skating rink.”

Carmen said that after their concert, the characters locked the doors and had some fun. One character skateboarded. Another messed with the DJ booth. There was also a love scene between the movie’s two main characters.

“Electric Jesus” features a rich soundtrack with original pieces for the movie.

“I think the soundtrack has something like 27 or 30 songs on it,” Emily said.

The movie includes covers of “Love Comes Down” by Resurrection Band and “Makes Me Wanna Sing” by Stryper.

One song on the soundtrack (which isn’t in the film), “Come and Save Me,” is based on lyrics by pioneering Christian rock artist Larry Norman, who never turned them into his own song.

Emily said the movie will have a streaming release starting on Nov. 2 on iTunes, Apple, Amazon and other streaming networks.

After the movie is available for purchase or rent for a time, it will be added to subscription services such as Netflix, Hulu, and Amazon Prime. It will also be available on Blu-ray and DVD.