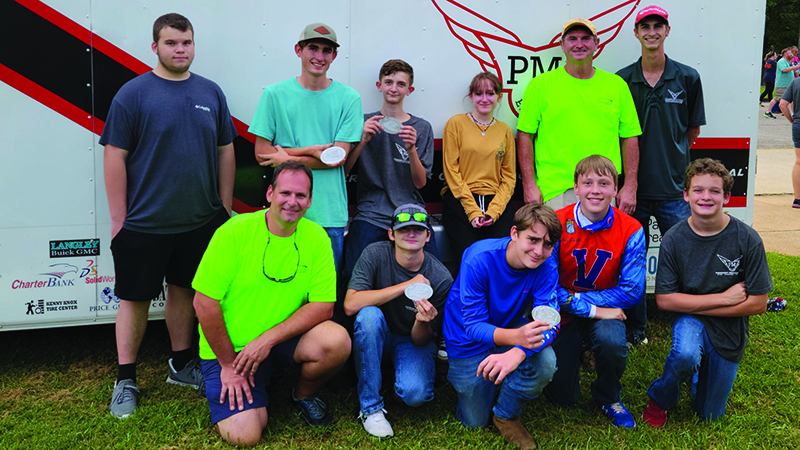 On Saturday, students from Inspire Academy in LaFayette hosted the annual Inspire Academy 400 racing event. There were 19 car entries with over 235 participants from schools across both Alabama and Georgia for middle school and high school races, according to CCSD.

The competition included stock car races, modified car races, and custom car races and brought over 400 parents, grandparents and fans to the Inspire Academy campus to cheer on the drivers.

The racing teams set up pit crew stops on the main infield for the racing track. All drivers went through the driver safety training meeting, and cars were scrutinized closely for modifications to ensure compliance. Each car used a transponder to track the number of laps traveled during each of the four racing heats.

According to Greenpower USA, a STEM program that provides car kits to customers, all teams were able to compete in two 90-minute race sessions. The best of the two heats was used for final scoring.

Inspire Academy Principal Dr. Tyler Nelson noted the race was a great event for all, and the strides made in the school’s engineering program would not have been possible without the financial commitment and support of Superintendent Casey Chambley, according to CCSD.

The Piedmont Motorsports Racing Team is a competition team made up of students from Chambers County. All of the students take classes at Inspire Academy, participating in the engineering and manufacturing programs. Inspire Academy teachers Seth Stehouwer and Tim Blanks were coaches for the team. Stehouwer said he teaches engineering design, whereas Blanks teaches electronic control.

Stehouwer said students on his team built their cars from kits.

“They took the cars completely apart in August, and it took them a month or so working during class here and there to put them back together and get them ready for the [race],” He said. “It’s a new group, so the eighth graders, the middle school kids had to learn about the car, learn how it went together. The high school kids had to fix things that were broken from last season. They made changes based on what they learned last year.”

Stehouwer said the high school drivers had been driving the cars since they were in sixth grade.

In previous years, the race has been called the Chambers County Grand Prix, according to Stehouwer.

Below are results from the races:

The next race for the Piedmont Motorsports Racing team will take place on Saturday, Dec. 2 in downtown Columbus, Georgia. The next home race for the team at Inspire Academy will be hosted on Saturday, March 12, 2022.