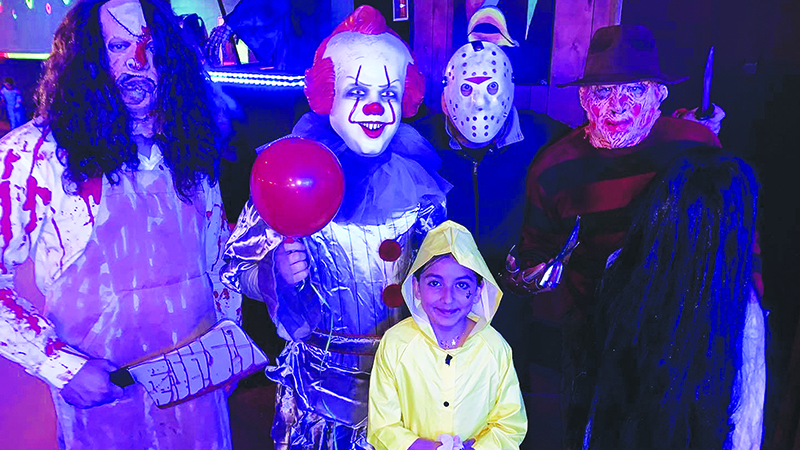 Children and adults who like to skate should consider visiting The Skatin’ Rink in Valley on Oct. 30. From 6 p.m. until midnight, the skating rink will throw a Halloween themed-party.

Admission on that day will cost a flat rate of $20, even for parents because it’s a special event. All guests, including parents, will be eligible for door prizes and to win the costume contest. The costume contest winner will receive a pair of skates valued at up to $100.

“Door prizes in the past have ranged from fun gadgets like Rubik’s cubes, t-shirts, free admission giveaways to our New Year’s Eve party to huge bags of candy or scary plastic toys like snakes or rats,” said Carmen Turnham, co-owner of The Skatin’ Rink. “Last year, we had a grab box where they reached in and blindly grabbed a prize. Some of those were money prizes.”

Guests will be allowed to skate in their costumes as long as they carry no unattached accessories such as fake weapons or witches brooms. Their costumes also can’t drag on the floor.

“We have Freddy Krueger and his gang come in,” Turnham said. “Every Halloween, they come in and they scare the kids a little bit. We have all kinds of characters. They’re famous horror film characters that come out from every corner of the skating rink just, you know, no telling when in the middle of the night.”

Turnham said Leatherface from The Texas Chain Saw Massacre tends to scare kids the most.

“But Pennywise is right there with him,” she said.

Guests will be allowed to take pictures with the characters.

There will be games such as barrel racing on the skate floor.

“Bloody finger dogs,” which are hot dogs made to look bloody, severed fingers, will be sold at the concession stand, along with regular food.

The main foods sold at the snack bar are things such as hot dogs, hamburgers, pizza, pretzels, and nachos. The Skatin’ Rink has a special “Takis” menu involving Takis tortilla chips. Turnham said kids love the snack bar’s Takis pizza, which has a layer of nacho cheese covered by a layer of crumbled Takis. The concession stand also does the same thing with hot dogs and hamburgers.

Formerly known as Magic Valley Skateland, The Skatin’ Rink at 128 Fob James Drive in Valley has delighted customers young and old since 1980. In addition to skating, it sells food and hosts parties. The rink has two mascots, Rockin’ Roller and Rockin’ Roulette, who come out during birthday parties and special events.