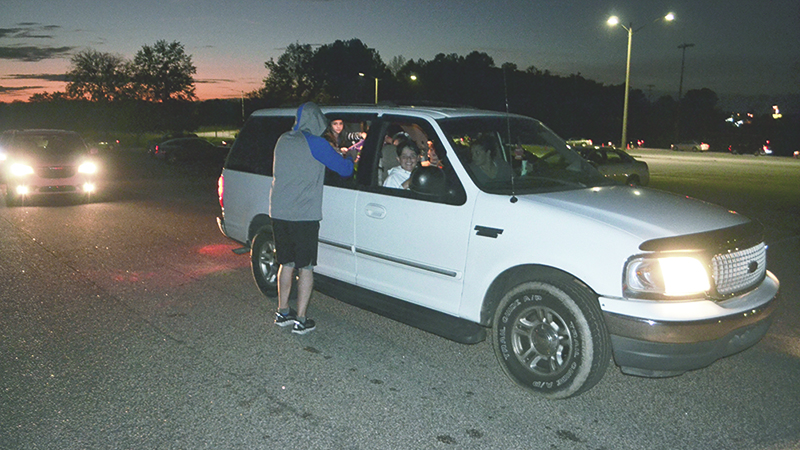 VALLEY — Some local businesses, churches and a group of students from Valley High have stepped forward, but more vendors are needed for the upcoming fall festival in Valley. It will be taking place from 6 to 8 p.m. EDT on Saturday, October 30th.

“Like last year, it will be a drive-through event at the Sportsplex,” said Valley Parks and Recreation Director Laurie Blount. “It’s something for the Halloween season, and vendors will be giving children candy while they remain seated in their cars.”

While the drive-through is a COVID precaution, there is no mask mandate this year.

“We’re not asking anyone to wear masks,” Blount said. “They can if they want to, but it won’t be required.”

While the fall festival will be a fun event on Sportsplex Drive and the Sportsplex parking lot, it’s been a very busy year of hosting tournaments at Valley Sportsplex. It’s been the best warm weather season thus far for hosting youth baseball and softball tournaments. A total of 15 of them have taken place there this year.

“The players coming here are always telling us how much they like coming to Valley Sportsplex, that it’s one of the nicest parks they have ever played in,” said Mark Hudmon, who organizes the tournaments for Valley Parks and Recreation. “If I’ve heard that kind of compliment once, I have heard it 100 times. For every tournament we host here, we try very hard to maintain that level of satisfaction. We have a fully stocked concession area with hot food like pizza, hot dogs and hamburgers. They especially like our nibbler chicken sandwiches and nachos. We have all kinds of cold drinks ready for our guests.”

For those who don’t mind a short drive, Zaxby’s, Milano’s and Papa John’s isn’t far away.

The bathroom areas are constantly cleaned throughout the tournaments, the trash cans are frequently emptied and the fields are reworked between each game.

“People are always telling us we have some of the best fields they have ever played on,” Hudmon said.

“We are full up every weekend we host a tournament,” Hudmon said. “We are just about maxed out. It’s hard to find a parking space at Valley Sportsplex on those weekends. We like having people pile in and enjoying themselves here.”

Teams from the metro Atlanta area and north Alabama south to Dothan and Enterprise are scheduled to play in it.

A men’s softball tournament will be taking place at the Sportsplex in November to conclude the 2021 season. The 2022 tournament year will get under way in February.

“We already have a number of them booked,” Hudmon said.

A soccer tournament will be taking place behind Valley Community Center on Saturday, Oct. 23.

Having a busy tournament season creates an economic windfall for the l0cal community. When people from out of town come here for the weekend, they stay in local hotels, dine in local restaurants and shop in local stores.

This is money that would not likely be spent here without these tournaments.