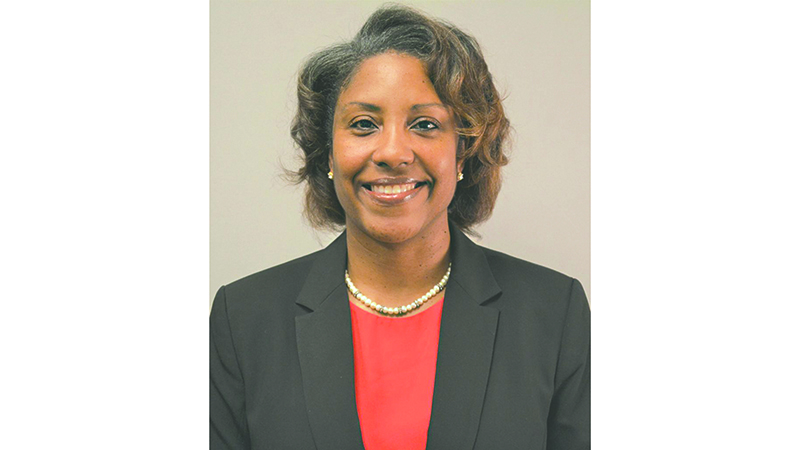 Back in September, Point University announced the hiring of Jaunelle White as its new athletic director. White is the university’s third AD and the first female to hold the position at Point.

The native of Lawrence, Kansas says she was born into intercollegiate sports and was a standout volleyball player at Auburn University from 1996 to 2002, holding current records in kills (1,848), total blocks(57) and block average (1.31) and being 1997 freshman of the year.

Although White moved around quite a bit during her youth, she still considers Kansas home.

White graduated from Auburn with a master’s degree in education and a bachelor’s degree in business administration. Auburn is also where White made her start in intercollegiate as a graduate assistant in the Compliance Office at Auburn. From there, White held various positions at Middle Tennessee State, LSU, University of South Alabama,Texas Southern University, Alabama State University and IUPUI.

White is married with four children and says she left the business at one point when her husband, Marcus, received an offer to join the coaching staff at Bowling Green State in Ohio.

“[We] did that for about a year and a half, almost two years,” White said. “[We] realized some things were probably going to happen at Bowling Green, and they ended up happening with the head coach and he was let go. So, I was like, ‘I might need to go back.”

That is when White ended up at IUPUI and where she realized she wanted to become an athletic director.

When the news spread that then-athletic director at Point, Alan Wilson was retiring, White says she began researching. “I had not heard of Point University. And I was like, okay, where is this, looked at it geographically, made a whole bunch of sense,” White said. “The research on the institution was certainly in alignment with what I am about and who I am and what I represent, so I applied.”

With a mere three weeks in, White has hit the ground running.

Becoming the first female athletic director is a position White does not take fro granted and credits the vision of Point President Dean Collins and the Board of Trustees.

“I would be remiss if I didn’t say that I’m all about the girl power,” White told the Valley Times-News. “We’re just now seeing female ADs at the Power Five schools. And, you know, you can still count on one hand how many there are, and it’s 2021. So, you know, I don’t take it for granted,” White said. “I am very fortunate and blessed to have been given this opportunity to lead this program and this department.”

According to an article written by USA Today, there are currently five female ADs out of the 65 athletic directors positions in the Power 5 conferences (SEC, ACC, Big Ten, and PAC-12).

White’s vision for the future of Point Athletics begins, she says, with the potential.

As she points out, athletics is often-times what people see first of a university, and White wants her department to not only be that but make sure it is doing so at a high level.

In a recent coaches meeting, White shared her five pillars of success, and her most important, she says, is the commitment to excellence.

“I say that because of being a Christian university, and serving God, the way that we do, the God that we serve is excellent,” White said. “And we too have to be excellent, how dare we be anything less.” White not only stressed that to coaches but also challenges her student athletes to keep that in the forefront of their minds, whether they are in the classroom or on the field of play.

Her focus is not just confined to the campus boundaries, White says she wants to strengthen the already tight bond the university has with the community.

“We have to do our part to continue to develop the community and be out in the community and help it grow and get better as well,” she said. “When we do those things, that’s how we get the support that we need, you know, we’ll see attendance thrive, and we’ll see people coming out and supporting our student athletes and our programs, and not just individuals, but they’re bringing their whole family. If we can get into the school systems and reach the kids and offer different camps, and for kids that attend and the parents to get involved in, that’s what it’s all about.”

White says great things are on the horizon not only for the university but the athletic department as a whole.

“If they [community] have opportunities where they need support or need our help, I hope that they’ll reach out, because we’ll want to get involved,” White said. “Especially related to the youth in our community. We’ll help in any aspect and anyway, but definitely if it’s supporting and helping the young people.”