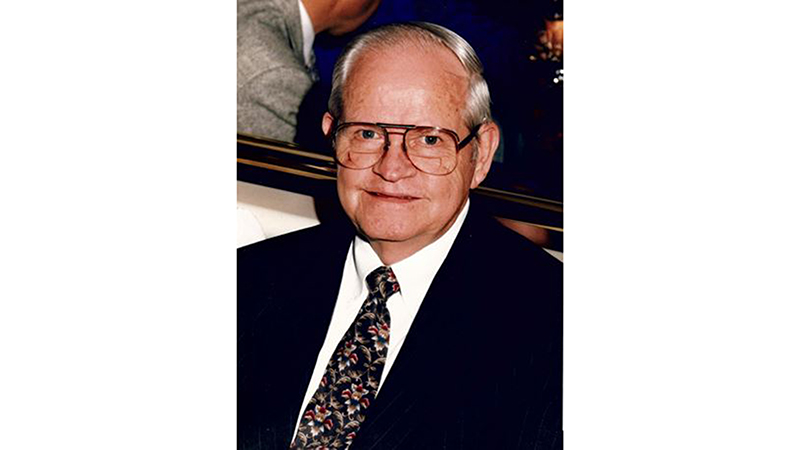 Richard Harold Fuller, Sr. crossed over into the arms of Jesus on Monday, Nov. 15, 2021, at West Georgia Medical Center in LaGrange.

Harold was born July 29, 1926 to Robert Cody Fuller and James Bryant Fuller in LaFayette. Upon graduation from Lafayette High School in 1944, he hitch-hiked with his friend to Birmingham to join the Navy. After boot camp, he was stationed at several bases before shipping out to Okinawa, where he spent the remainder of the war on the destroyer tender U2B Hamul. After his discharge, he returned to Lafayette, and using the newly created GI Bill, enrolled in Alabama Polytechnic Institute (Auburn) from which he graduated in 1950. After traveling around with various jobs, he was offered a job with West Point Manufacturing Company/ West Point Pepperell from which he retired in 1989.

Harold was preceded in death by his parents; an older brother, Robert Cody Fuller, Jr and a great grandson, Gabriel Trevor Fuller. He is survived by his wife of 67 years, Marie Fuller; his sister, Shirlene Washburn; his sons, Richard Harold Fuller Jr; and wife, Lori, Alan Tigner Fuller and wife Renee and a daughter, Marie Paige Fuller; nine grandchildren; three in-laws and 11 great grandchildren. He was a proud member of the “Greatest Generation” and loved music, reading and Auburn football “War Eagle.”

For online condolences, please visit our website at www.blufftonfuneralservices.com.