‘They’re 10-1, but they haven’t faced Lanett,’ the Panthers host Luverne in round 2 of the AHSAA playoffs 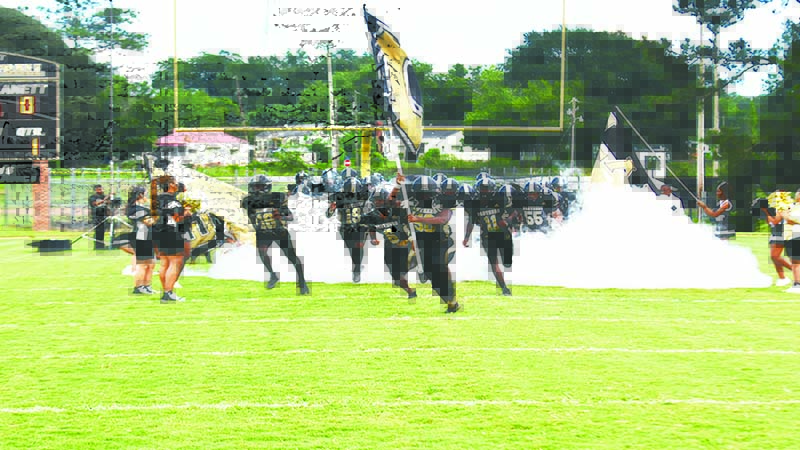 On Friday, the Lanett Panthers(9-2) host the Luverne Tigers(10-1) in a second-round playoff matchup. Lanett is coming off an 18-0 first-round win over Geneva County. Lanett came out flat in the first half but managed to take a 6-0 lead into halftime on a 7-yard touchdown run by Isaiah Green in the waning seconds of the half.

Luverne comes into Morgan-Washburn off a 41-6 first-round win over Green County. The Tigers have dominated in every victory this season, outsourcing their opponents 418-70, with their only loss at the hands of Autauga 32-13 on the road.

Keeping the Tiger defense on their heels is one key to a Panthers victory on Friday. Panthers Head Coach Clifford Story says in the win over Geneva County the offense did not set the tone that Lanett football is known for. “Friday night, we didn’t just come off and punish people,” he said. “We did a lot of standing up, looking around. We got to make sure we sustain blocks and just execute.”

Looking around is not something the Panthers will want to do against a defense that makes it difficult for their opponents to score. This season, Luverne is only allowing an average of  7 points per game. They will need to be explosive and with RB D’Quez Madden toting the ball, explosiveness is a definite possibility.

“D’Quez is very explosive,” Story said. “He can run the ball, he can break tackles, he can go 90 [yards]. So, we got to make sure we give him those opportunities

Quarterback play will also be a key to Lanett’s success Friday. Story says he has emphasized to his quarterbacks to not place too much stress on themselves and for his receivers to run crisp decisive routes.

“I tell my quarterbacks, I don’t need you to win the game, I need you to manage the game,” Story said. “When we got a chance to pass the ball, we got to make sure that we  run sufficient routes, run routes at full speed and be able to compete in traffic and catch the passes.”

The Panther defensive line will have to control the line of scrimmage and play situational football as Escambia rotates their two quarterbacks.

To make the Tigers more one-dimensional, the Panther secondary needs to mix up their coverage and not allow the receivers to get open.

“We have a solid secondary,” Story said. “We can mix coverages and they know how to compete. We just have to make sure we keep them in front of us and make good clean tackles.”

Against Geneva County, the Panthers seemed to come out flat and lacked the energy seen from previous games.

Having his starters play a full game again after several weeks of allowing the bench to finish games, Story hopes that has renewed some of that lost energy.

“We ain’t played a full game in five weeks,” he said. “We had four games that the JV pretty much had to finish and then we had an off week.”

The message to his team this week to the team is they have to come out and compete and hit on all cylinders.

Escambia Head Coach Jason Rowell told the Valley Times-News to win, they have to do the little things better than everybody else.