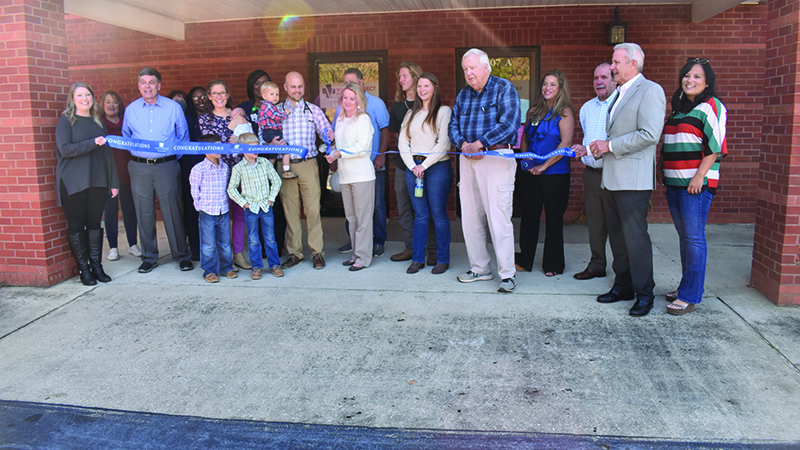 There’s a new primary care practice in town. Valley Direct Primary Care is co-owned and operated by Dr. Zachary Smith, D.O. and nurse practitioner Stephanie Chappell, MSN, FNP-C. Together, they aim to provide personal, timely, affordable healthcare to the surrounding community. On Tuesday, they held a ribbon-cutting to celebrate their grand opening.

Carrie Royster, executive director of the GVACC, welcomed everyone in attendance.

Riley said the business was about the city’s 31st in two years.

Riley said the city has struggled to recruit good doctors.

Smith said Chappell proposed creating the practice about a year ago.

“And so we continued to talk and sort of hash out sort of what it would look like to open up a primary care practice together, and sort of all of the logistics of making that happen — where we would want to do it, how we would want to do it, what our business model would look like,” he said. “And we, by God’s grace, continued to make progress and decided on this direct primary care type model, which we think is going to be a huge asset to our patients and will be a big positive here in this community.”

Smith said he’s from Columbus, Georgia, whereas Chappell is from Valley.

“As primary care physicians have moved away and gone to bigger things or retired, we saw this as an opportunity to come in and serve the people of this area,” he said.

Guests were treated to snacks inside the building.

Valley Direct Primary Care is located at 205 Fob James Dr. in Valley. It can be reached at (334) 756-0018 or by emailing wellness@dpcinthevalley.com.