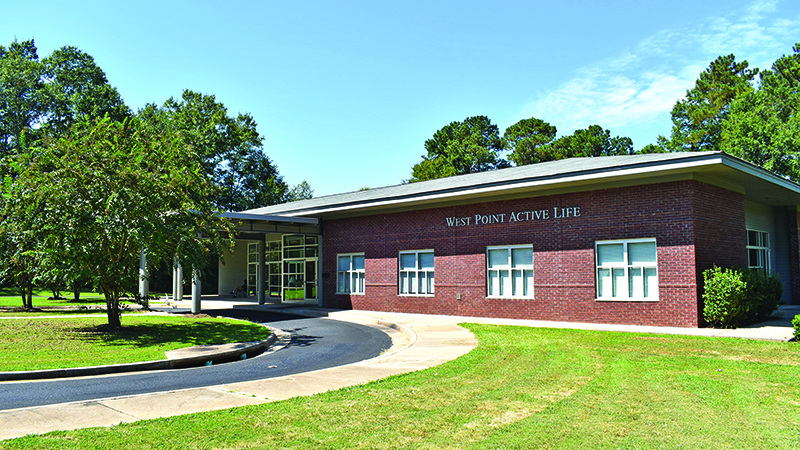 Name change?: The West Point mayor and council heard a recommendation from Troup County Manager Eric Mosley and Active Life Director Dan Wooten to rename all or a specific room of the West Point Active Life Center after the late Zelma Brock

Mosley asked the council to consider changing naming rights to either the building name or possibly dedicating one of the larger rooms to the late Zelma Brock.

“We certainly want to honor Zelma Brock,” Mosley said. “Obviously, someone who had committed her life to West Point and Troup County, and we felt the need to honor her. She is someone who when you walk in the center, you know you’re there, she gives you a big hug — she’s just like my mother. I just felt like we needed to do something extra special to honor her.”

Active Life Director Dan Wooten talked about Brock’s devotion to serving the senior community in West Point, Troup County and the West Point Active Life Center, where she worked for over four years.

“Zelma Brock served older adults in West Point for about four and a half years,” Wooten said. “She had a tremendous impact and was a pleasure to work with, and she had just a heart for the citizens in West Point. She battled cancer for several years, and she was there at the center. I mean, almost at times, barely able to hold herself up. We didn’t require her to do that, but she was adamant she wanted to be there to serve the older adults. We just wanted to recognize that kind of love for the older adults through a naming and because the building belongs to you, wanted to present that to you to get your support and approval.”

Councilmember DeeDee Williams expressed her desire to rename the building after Brock.

“I certainly think we want to go full force to name the building after Zelma,” Williams said. “I think that would be a fitting gesture on behalf of the city.”

“I agree; even though she was so in love with the Active Life Center, her life was beyond that. It was all over West Point,” Thornton said. “I would have to agree with Councilmember Williams on that, and I would like to see the building named after her.”

Expressing his agreement with both Williams and Thornton, Councilmember Gerald Ledbetter added, “Zelma touched not only the seniors but every child that came through West Point for 30 years. I couldn’t think of a more fitting tribute, a more fitting person to that tribute in honor than Zelma Brock.”

Mayor Steve Tramell said the council will vote on this measure at the next council meeting. He is also in favor of renaming the center after Brock.