“Wintertime in Fredonia” notecards on sale 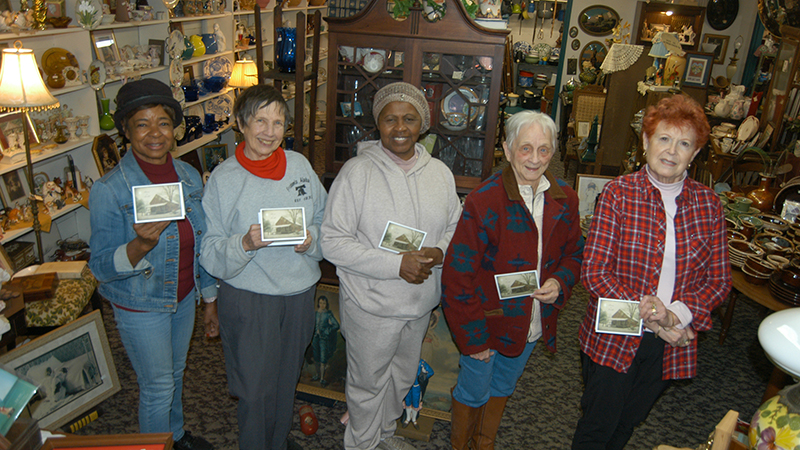 FREDONIA — The “Wintertime in Fredonia” notecards are now on sale. They are back by popular demand and make great Christmas cards for anyone with a Chambers County connection.

Fredonia is the oldest town in the county and dates to the early 1830s, around the same time Chambers County was organized. In the days before the Civil War, Fredonia was a thriving little place with a number of stores, a jug factory, hotels, taverns, a blacksmith shop and the Southern Military Academy, established by the Alabama legislature.

Fredonia’s rapid growth was stunted by westward expansion and the Civil War. It has been a small rural community for a long time now. A municipal government that was inactive for many years has resumed in recent years. A mayor and town council hold regular meetings in the Fredonia Community Center.

The notecards now on sale depict the town’s oldest building that is still standing. Land for the Fredonia (Cumbee) store was purchased in 1834, and the building that’s still there went up in the ensuing years. It still has many unique features common for the period it was built. Some of its heart pine timber was hewn by axes, and it still has a free standing fireplace.

Faye Green, who owns and operates the Antiques and Uniques store next door, has many fond childhood memories of going to the store and what a delightful person long-time owner Mrs. Allene Cumbee (1883-1973) was.

“We went to school in Five Points,” she said. “On the way home, we could often talk the bus driver into stopping at Cumbee Store. Each of us with four cents on them would get a lemon from Mrs. Cumbee. She would cut each lemon into four pieces for us and would give us some salt to go on those four pieces. We just loved eating those lemon slices on the way home.”

Kids also loved going to the store and seeing how much candy they could get by trading her an egg that had been laid by a hen that morning.

“She was a little woman and usually sat behind a desk with a hook rug,” Green said. “On cold days, she always had a fire in that fireplace.”

Green has a long-time connection to the store building she presently owns.

“I’ve had the antique business since 1995,” she said. “I first worked at this building when I was 15. I pumped gas for Mr. Blackmon. My younger brothers later did tire repair for Emerson Thompson when he had the store.”

Thompson would go on to serve as the county’s probate judge. Green is from a big family.

“I had seven sisters and three brothers,” she said. “Our mother taught us girls how to sew. It’s a skill we really needed at the time. Six of us are still living, and two of my brothers are still living.”

Those two store buildings near the downtown crossroads each have quite a history.

“It’s fortunate both buildings are still here,” Green said. “At one time, Mrs. Cumbee sold kerosene and later had some gas pumps installed. When she had the store, you could count on her being there from dawn till dusk almost every day.”

The business stayed open until the 1980s. Most of the interior furnishings were sold when a new owner purchased the building. The building itself still stands and is undoubtedly one of Chambers County’s most iconic and beloved structures. The notecards currently being sold by the Fredonia Heritage Association convey a classic image of a place many people have fond memories of.

The artwork was created by Amy McDow and based on a photo taken by J.J. Frickert. In the upper left-hand corner, the Star of Bethlehem and the message “Peace on Earth” appear. On the back is the motto of the Fredonia Heritage Association: “Preserving the best of yesterday — for today and tomorrow.”

The package of six cards and envelopes are being sold at their original 2014 price of $5. They are available at the Antiques and Uniques store (open from 10 a.m. till 5 p.m. on Saturdays). They are also available at Gilbert’s Christmas Tree Farm and Fitness Fusion. They are expected to be at local businesses in the coming days.