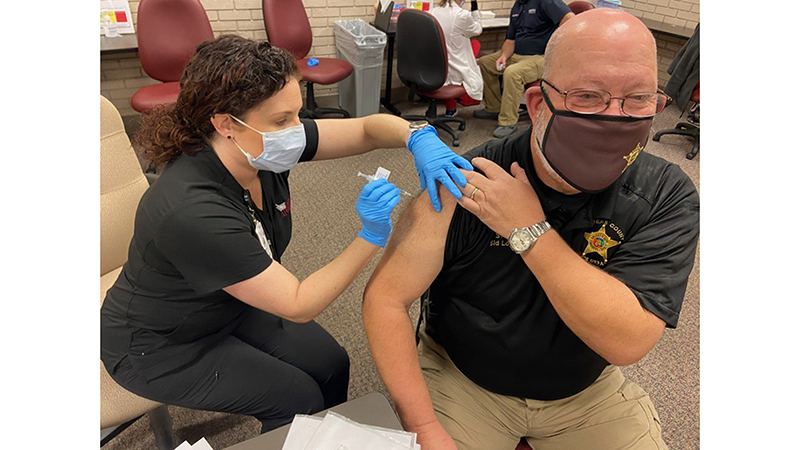 EDITOR’S NOTE: This is the first in a five-part series looking back at the year 2021.

19-year-old identified after being found near Cleveland Road

On the morning of Jan. 10, at around 8:40 a.m., the VPD was dispatched to a wooded area near the 200 block of Cleveland Road. A hunter had noticed the body of a black female lying just off a trail approximately 100 yards from the road, according to the press release.

VPD said there were no visible signs of foul play, but an autopsy will be performed to determine the cause of death.

The body has been identified as Kloe D. Crenshaw, age 19, of Valley.

VALLEY — Long-time Badcock & More employee Tristan Flournoy took it personally when someone stole his delivery truck on Saturday, Jan 2. He kept a keen eye for it everywhere. This past Monday, he found it parked outside Kroger in Lanett. It had been painted gray, but Flournoy knew the truck well enough that a new paint job couldn’t hide from him a vehicle he knew so well.

Lanett Police officers pulled in behind two suspects at a convenience store on the corner of Gilmer and First Street, determined that the truck had been stolen and arrested the two men in the truck.

The Chambers County Courthouse in LaFayette and the Lanett Annex have been closed until the end of January as a precaution against the continuing spread of COVID-19.

On Saturday, staff members from Lanett City Schools, the Chambers County School District, Springwood School and Chambers Academy will get the first dose of the COVID-19 vaccine.

With phase 1B of the COVID-19 vaccine distribution starting on Monday, teachers and school staff are getting the opportunity to receive their vaccines.

Lanett High School caught fire on Monday morning, and coaches’ offices, a film room and weight room were extensively damaged. No one was injured.

The blaze was spotted by LHS Principal Bryant Lumpkin and assistant coach Ernest Webb at approximately 7:50 a.m. EST. The area on the far right of the school campus was fully involved with fire at that time. The Lanett Fire Department was immediately contacted, and three units including a ladder truck were on the scene in minutes. Fast action on the part of a dozen firefighters kept the damage from being far worse than it could’ve been.

An ATRIP-II project approved by Alabama Gov. Kay Ivey is bringing an estimated $2.5 million in lighting improvements to Exit 79 on I-85. It’s thought to be the first major spending on lighting at the interchange since the opening of I-85 in the 1960s.

McCoy surrendered at the Chambers County Jail Tuesday morning, with a bond set at $30,000.

According to the release, OPD Officers pursued the vehicle into Chambers County where the suspects were ultimately taken into custody. “During the pursuit, an OPD officer was struck by the suspect’s vehicle. The officer received non-life-threatening injuries and was treated at the scene,” the press release said. Community Relations Specialist Allison Duke with the Opelika Police Department told Valley Times-News that speeds reached up to 120 MPH. The incident remains under investigation by local agencies.

Roanoke man arrested after firing at first responders in…