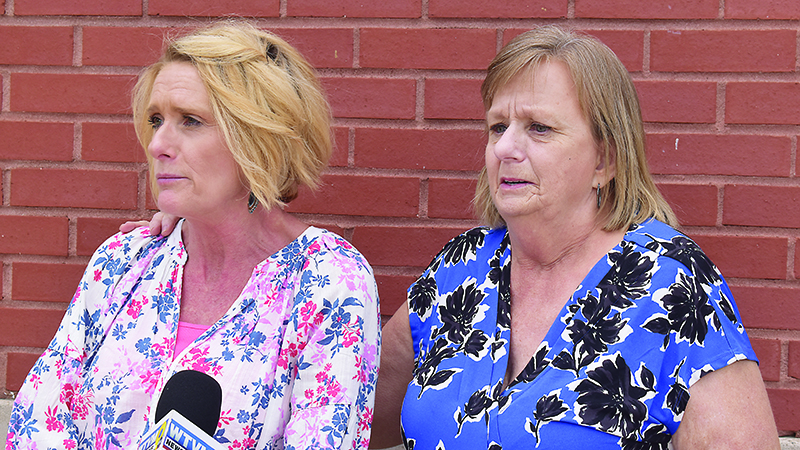 EDITOR’S NOTE: This is the third in a five-part series looking back at the year 2021.

LaFAYETTE — Murder, rape and sodomy charges were dismissed Tuesday against a man accused of killing a Muscogee County woman and dumping her body in a local creek in 2015.

District Attorney Jeremy Duerr announced Tuesday that charges against Stacey Gray were dismissed following a court ruling that excluded all the DNA evidence found on the body of the victim, Renee Eldridge, who was abducted from her Columbus home in 2015.

Trent McCants is the City of Lanett’s new recreation director. He was recommended to the full council by the recreation committee and approved in a unanimous vote.

The Valley City Council met and appointed Charles (Mike) Reynolds has been selected as the Valley Police Department’s new Police Chief. Reynolds will replace current chief Tommy Weldon who will retire on Oct 1, 2021.

The West Point Council unanimously approved increased compensation for the mayor and council effective January 2022, meaning it won’t go into effect until after the municipal elections in the fall.

Busby spoke at a June council meeting in LaFayette, saying that the lumber company would like to rebuild after an April 23 fire caused major damage.

Garlock described up to 15 vehicles involved in the incident in the northbound lanes of Interstate 65.

“A vehicle likely hydroplaned on the bridge near mile marker 138,” Garlock said. “During the accident a 18-wheeler also became involved in a pileup. The driver of the truck pulled the driver of the Girls Ranch vehicle out but couldn’t get back in the vehicle as it became engulfed in flames.”

Garlock said the victims in the Girls Ranch vehicle who died ranged in age from 4 to 17.

the Lanett City Council approved a resolution to seek a $6.7 million federal grant to build a new access road to the Lanett Municipal Airport.

GDOT Communications Director Penny Brooks said the upcoming construction will consist of two projects combined along interstate 85 at exit 2 and State Road 18 and 103.

Another project will be west of the interchange on State Road 108 at Long Cane Creek, where GDOT will replace both east and west-bound bridges.

Brooks says the plan is to combine the projects and have them overlap to minimize the impact time.

The LaFayette council discussed what it wanted to do with the former McClendon Trucking building, which the city purchased in 2017 to use as its new city hall.

U.S. Sen. Jon Ossoff visited the Kia Georgia plant in West Point to discuss the U.S. Innovation and Competition Act with members of the press.

According to Ossoff, a semiconductor shortage that has plagued the American auto industry over the past year was made worse by supply chain disruptions and the pandemic.

“Sen. [Raphael] Warnock and I have been pushing aggressively in the Senate for expedited passage of legislation that will boost American production of semiconductors, these chips that are used in auto manufacturing and in electronics production, in so many different applications,” Ossoff said.

Ossoff brought up the plant shutting down for two days in May due to concerns over the shortage.

He said the Senate passed the legislation, which includes $52 billion to support semiconductor manufacturing in the U.S.

Since 2005, Milton Smith has served the city of West Point as its Fire Chief and head of its EMS services, but after 16 years as the city’s chief, Smith announced he will retire.

A group of 45 teens from the First Baptist Church of Minden, Louisiana are in town this week taking care of a host of needed work details for the Chattahoochee Fuller Center Project (CFCP). They will be in Lanett through Friday doing volunteer work inside the ReUse Store, completing rehab work on local CFCP homes and building an entire set of walls for CFCP Home No. 66 that will be going up in West Point the first week in October.

LaFayette Police Officer Devonte Allen has been recognized as one of the Central Alabama CrimeStoppers officers of the year.

The City of Valley is sent out letters to anyone in the city who received a federal Paycheck Protection Program (PPP) loan but did not pay for a business license in the city.

One of the most beloved spots in the Langdale community is getting a makeover. The LaFayette Lanier Memorial Park, which was dedicated in late September 1935, has a fountain that’s working once again, and it will soon be working better than ever.

Shirley Hill was one of the first people in Chambers County to be diagnosed with COVID-19. She was having a bad experience with it in early 2020 before a realization had set in that something bad was on the way.

McDonald’s in Valley is owned by Jack Pezold of Columbus. He owns 20 McDonalds stores in the east-central Alabama/west-central Georgia region along with several hotels in the Columbus-Phenix City area. He has been very proactive in encouraging the employees of his businesses to get vaccinated. He gave them $50 bonuses when they got their first shot and another $50 when they got their second one.

Employees who had gotten both of them could send a copy of their vaccination card to the corporate office for a drawing to win a Nissan Leaf. Hill was the winner of the drawing.