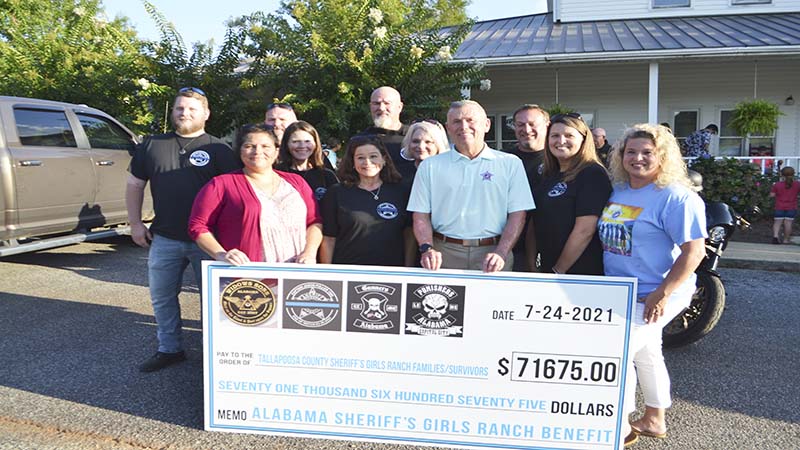 EDITOR’S NOTE: This is the fourth in a five-part series looking back at the year 2021.

The Chambers County School Board unanimously approved that all teachers, staff and students that are in second grade or above must wear a mask.

Originally, the CCSD was not going to require masks when restarting school on Aug. 9, but with a spike in cases due to the Delta variant, the board has changed its mind.

The City of Lanett had planned to purchase a new ambulance in next year’s budget but will be speeding up the process due to a string of bad luck with the three ambulances Lanett Fire & EMS currently have available.

Chambers County, the City of LaFayette and Auburn University Outreach are partnering to bring telehealth services to LaFayette.

The Rural Health Project will utilize a kiosk developed by Tampa, Florida-based OnMed to provide much-needed health services to the residents of LaFayette.

The kiosk will allow residents to go in and have vital signs taken, talk to a physician virtually and provide the patient with a prescription that they can get filled at their pharmacy of choice.

The kiosk will be located at 410 9th Ave SW, next to the Chambers County Department of Human Services office.

Country music artist Rasie Michael Bailey, known by his stage name “Razzy” Bailey, passed away this week at the age of 82. Bailey was born in Five Points and raised on a farm in LaFayette.

The city council unanimously approved a three percent cost of living adjustment (COLA) for full-time and part-time employees. City employees who worked a full year for the city during the COVID pandemic will receive an additional 2% raise.

On Aug. 12, 2021, investigators with the Troup County Sheriff’s Office Criminal Investigations Division arrested a Troup County man in connection with the murders of Marcus Caswell and Travis Lodato. Joshua Nutt, 39, of Lower Big Springs Road, was arrested and charged with two counts of murder, two counts of robbery, and one count of possession of a firearm during certain felonies.

Hospitals pushed to the limit

East Alabama Medical Center says there were only two ICU beds (0.1 percent) left in Alabama and hospitalizations had increased to 2,631 — the most since mid-January. Locally, East Alabama Health officials are working to keep pace with COVID testing and infusions, and preparing for even more hospitalizations.

Muscadine Bloodline headlines benefit concert at The Oaks in LaFayette

The Oaks co-owner Jeremy Weldon and his wife, co-owner Heather “Jersey” Quiros, will be hosting an outdoor Muscadine Bloodline concert on Friday, Aug. 20 at The Oaks. A part of the proceeds will benefit the Tri-County Children’s Advocacy Center through the Hope & Heel organization.

Girls Ranch presented with donation of $71,675

Many tears have been shed following the loss of eight children in a multi-vehicle accident June 19 on I-65 south of Montgomery. Children with ties to the ranch were on their way back home following a fun week at the beach.

The girls, their house parents, ranch staff and Alabama Sheriffs Youth Ranches CEO Michael Smith were overwhelmed by a check they received for almost $72,000. The money was raised in a July 24 Motorcycle Ride and Family Fun Day between Reeltown High and the ranch. Alabama biker groups coming together to assist in the fundraiser included the Widows’ Sons, the Gunners and the Capital City Punishers. The Captain Jason Fuller Ride also made a big contribution.

Those who couldn’t normally skate due to cerebral palsy can now get on the skate floor at The Skatin’ Rink at 128 Fob James Drive in Valley thanks to a device designed by Auburn University’s engineering team. It was originally designed for Jacob Carroll, now 20, who used to assist in the skate center’s skates room, according to the business’s co-owner, Carmen Turnham.

Carmen and her husband, co-owner Jason Turnham, had been thinking about finding a way to get Carroll on the floor after seeing a YouTube video showing a man with cerebral palsy in a device that allowed him to skateboard.

A new subdivision of energy-efficient smart homes is in the making on a 180-acre site on the south side of Combs Road in Valley. Camellia Crossing is being developed by Holland Homes, LLC of Auburn, which is working with Alabama Power to equip the homes with electronic services.

The City of West Point has apologized after it cut off electricity to approximately 35 structures to disrupt a public gathering that was blocking city streets.

West Point resident Aniya Cofield was one of the residents who lost power. Cofield is on oxygen for COVID-19 related pneumonia.

The City of LaFayette Fire and EMS was awarded a $347,619 Homeland Security Department grant to purchase a new fire truck.

Grocery stores in the Valley, Lanett, and West Point areas have been experiencing staffing shortages and supply chain problems.

Circle of Care Center for Families celebrates 25 years of service

Circle of Care Center for Families held a ribbon-cutting and open house to dedicate its new building and celebrate 25 years of service. In attendance were various community members from numerous organizations.

The Lanett City Council on Monday unanimously approved an operating budget for fiscal year 2021-22, which starts on Friday, Oct. 1. It’s a spending plan of approximately $21.4 million and is a little more than $2.5 million less than last year’s budget. The 2020-21 budget included a large amount of grant money for the airport expansion project that’s on pace to be completed by the end of the current calendar year.

Lanett Mayor Kyle McCoy pled guilty Wednesday and was convicted of two felony ethics violations. He was immediately removed from office and is barred from holding future public office, according to a press release from Attorney General Steve Marshall’s office.

Official opening to be held for Valley City Park playground

The official opening of the new playground at Valley City Park was held on Saturday, Sept. 25.

The Fairfax Junior Variety Club and the Junior League of the Chattahoochee Valley worked together to raise a total of $10,500 for improvements to the playground.

The city put in another $1,000 and provided the labor.

The Lanett Fire Department responded to a house fire at 7 SE 14th St in Lanett behind Kroger, according to Lanett Fire and Emergency Management Services Chief Johnny Allen. The fire was so severe that the house was a total loss.

At their Monday meeting, the Lanett City Council discussed how they would go about selecting a new mayor. Jamie Heard acted as mayor pro tem.

The Valley City Council amended its recently approved budget for the 2021-22 fiscal year to include a 5.9 percent increase in health/life insurance expenses for city employees.