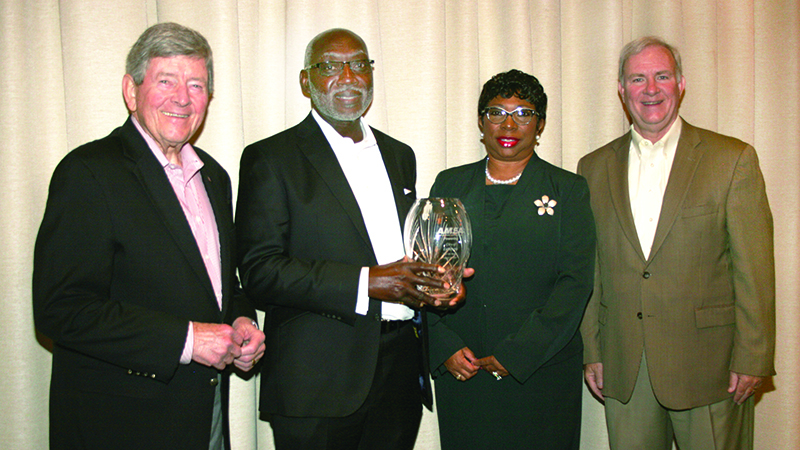 The Alabama Municipal Electric Authority (AMEA) honored the City of Lanett for its 40 years of partnership and support during the joint action agency’s awards luncheon on Thursday, Dec. 2, according to AMEA.

AMEA recognized its 11 Members, including the City of Lanett, during the event with a special award. AMEA also honored those founding leaders and partners who were instrumental in the formation of the organization.

“Because of the vision, leadership and support of our members throughout the past 40 years, AMEA has become a valued partner in Alabama’s electric utility community,” said Fred Clark, AMEA President and CEO. “AMEA continues to be a reliable and economical power supplier for its members. Members are committed more than ever to joint action as they are benefiting from AMEA’s power supply initiatives, resources, and value-added programs and services.”

AMEA, located in Montgomery, is the wholesale power provider for 11 public power utilities in Alabama, which serve some 350,000 customers in the cities of Alexander City, Dothan, Fairhope, Foley, LaFayette, Lanett, Luverne, Opelika, Piedmont, Sylacauga, and Tuskegee.