Cleveland Road light show is back 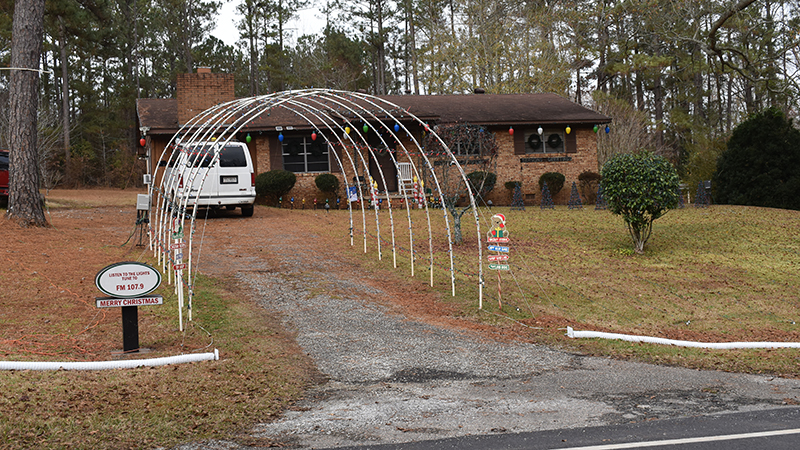 Light show: One of the five homes that are part of the extensive Christmas light show on Cleveland Road is pictured above. The light show can be viewed from 6 p.m. until 10 p.m. EST on weekdays and 6 p.m. to 11 p.m. on the weekends.

The multi-house Christmas light display on Cleveland Road in Valley is back and ready to dazzle passersby. From 6 p.m. until 10 p.m. EST on weekdays and from 6 p.m. to 11 p.m. on the weekends, visitors can turn their car radios to 107.9 to see the lights synchronized with Christmas tunes.

Betty Vickers, who lives in one of the houses, estimated that the Cleveland Road light show has been going on for a decade.

“We work together to do it,” Vickers said. “Randy Hill, he [used to come] from Texas to visit his mom and dad. They have passed away, but he wants to keep [setting things up]. He’s kind of like an engineer, and the one that actually hooks it up for us. But we all have lots of [computer] boxes and all work together to do it.”

Vickers said that the show runs on about 20 computer boxes.

She said Hill came and helped set things up this past Thanksgiving and that a family member of his lives in the house his parents used to occupy.

Vickers said the display hasn’t changed much since last year.

The lawns of one of the houses is covered in blow-up characters.

Vickers guessed that there are 10 or more songs on the radio station, which Hill helps set up every year. She said the houses mainly use LED lights, but there are some incandescents as well.

“I think the five houses together, there’s not any places around here with that many connected. And just being with the music is very special,” she said. “The kids, especially, love that.”

Vickers said the week of Christmas, cars line up on the entire road. Fortunately, she said traffic never gets bad enough that police have to direct it.

Heading north on Highway 29, Cleveland Road is the first right past Valley High School. Heading south, it’s the first left before the school.