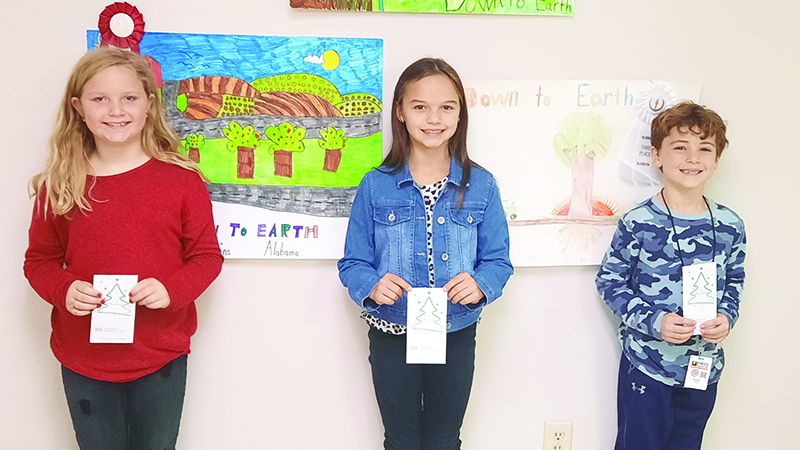 LAFAYETTE – Members of the Chambers County Farm-City Committee hosted a reception Tuesday morning for the overall winners of coloring, poster and essay contests held in local schools during the recent observance of National Farm-City Week, according to a CCSD press release. The reception was held at the ALFA building on Veterans Memorial Parkway in LaFayette.

“We’re very proud and thankful for all the students who participated in this year’s contests,” said Mrs. Lillian Slay, owner of Slay Farm in the White Plains community of Chambers County. “It’s important for our school children to know where the food they eat comes from, and how farmers sustain the lives of everyone.”

Since 1955, Farm-City committees throughout the United States have hosted educational events and invited people who live in cities to visit local farms for a first-hand look at how their food is raised. On the local level, school students in grades kindergarten through eight have participated in coloring, poster and essay contests based on an annual theme. The local committee then views all the submitted entries and selects contest winners from each school.

“The reason we continue hosting these activities year-to-year is to constantly remind our local school students that everything they have, from the clothes they wear and the food they eat to the house they live in, all originated with a farmer,” said Chambers County Farm-City Committee member Mary Terry. “We’re very thankful for what farmers provide to us on a daily basis.”

Chambers County Schools Superintendent Casey Chambley thanked the local committee for their annual efforts and congratulated each of the contest winners.