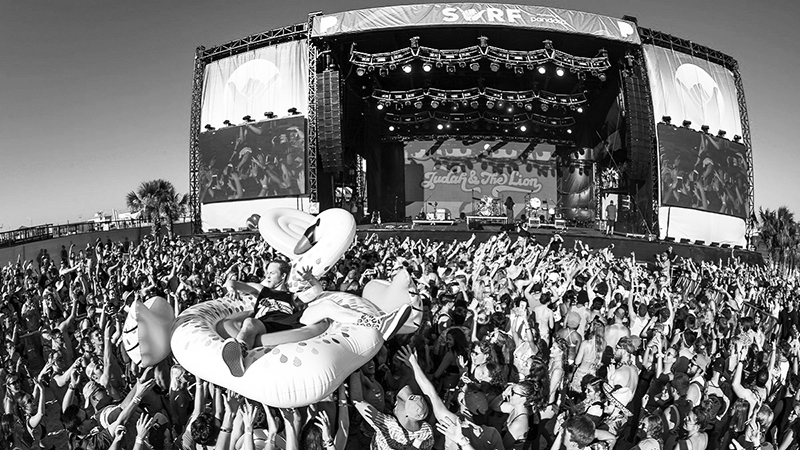 Back on the beach: Concert goers are shown at the last Hangout Festival in Gulf Shores.

Officials with the Hangout Music Festival have unveiled the lineup for the 2022 event, which will hit the beaches of Gulf Shores the weekend of May 20-22.

Pre-sale registration is now open for the festival, which is back after being canceled in 2020 and 2021. The musical feast, which had grown to become an unofficial kickoff for summer along Alabama’s Gulf Coast since its start in 2010, draws a diverse array of pop, rock, hip-hop, electronic and country artists. General ticket sales are scheduled to open Monday, Dec. 13.

In all, 70 acts are scheduled to play at this year’s festival. Find the full lineup at www.hangoutmusicfest.com.

Organizers say that, beyond the music, the community aspect of Hangout “remains at the core of the festival’s experience” with a variety of events and activities planned, and a focus on social and environmental responsibility and community engagement. Events and options include food; art exhibits; dancing; recreation, including disco roller skating and swimming; and even the opportunity to get married at the festival.

The festival prides itself on supporting the community through philanthropy. Most recently Hangout donated $100,000 to Gulf Shores City Schools for a music lab for Gulf Shores High School students. Festival organizers say the event pumps more than $40 million into the local economy each year.

More information about the festival, and its efforts to support diversity, equity and inclusion, environmental sustainability and local charities can be found on Hangout’s website.