Local teen, photographer may be featured on magazine cover 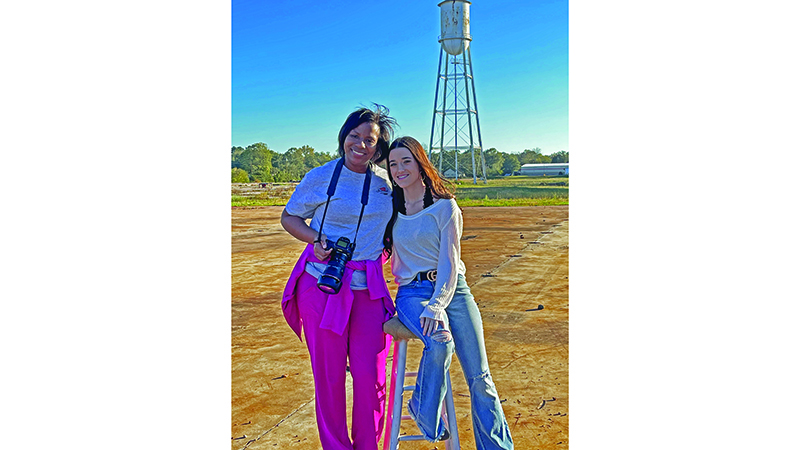 Local teen Sydney Gray, a senior at Valley High School, may soon be featured on the front cover of “Inspiring Teens” Magazine thanks to a Lanett photographer, Narfunda Ross, who shot senior photos for Sydney. If this happens, Sydney will win a $1,000 scholarship, and Ross will be named to the cover. Valerie Gray, Sydney’s mother and executive director of the Chambers County Development Authority, said Sydney is guaranteed a two-to-three-page spread in the magazine.

“How it started was Narfunda Ross of Ten Thirty Three Photography, a local Lanett photographer, she and I wanted to do something unique for Sydney’s senior photos,” Valerie said. “And we chose downtown Lanett because of the revitalization that’s going on [there] and then the mill site to kind of look at the past and all of that stuff.”

The mill Valerie referred to is the old Lanett Mill on Highway 29.

Ross said she discovered “Inspiring Teens” while surfing through Instagram and that this was her first time submitting her work to the magazine.

“And I did it because of me learning so much about her,” Ross said. “She inspired me during the shoot.”

Ross said she wished there were more citizens like Sydney.

“What inspired me the most about her is her spirit to make sure that everybody else is happy,” Ross said. “She’s selfless. That’s what it is. She wants everybody to be able to get along and be happy with what they are doing.”

Ross said Sydney was in first place for round one.

“The next round is another set of seniors, and then the winner of round two will compete against round one,” Ross said. “And we don’t know what that will be, but they will announce the winner on Dec. 31 if I’m not mistaken.”

“The final round will begin on the 21st,” Valerie said. “And I’m not sure how many [contenders] will be in that. So, we’ll find out next week. And then voting will start on Dec. 21 through Dec. 28, and people from the community, her family and people globally can vote on what individual they want for the cover of the magazine.”

Valerie said that a vote costs $5 and can be done online.

“But if people would like to just contribute a dollar or two to myself or Narfunda, then we will make sure that it gets voted on, that we turn in that money for the vote, and all of that money goes toward scholarships for the finalists in the competition,” she said.

Both Ross and Valerie want to promote the local area.

“We try to promote shop local,” Ross said. “We try to promote home. Home is where the heart is, so we were just trying to see, ‘How can we take, as they say, something out of nothing?’ And I think that’s how we came up with the mill site.

To vote for Sydney or another teen, visit https://www.inspiringteens.com/51.

The “Inspiring Teens” website says Inspiring Teens is a “by teens for teens” organization that is overseen by adults. It has given away over $75,000 in scholarships since Jan. 25, 2019.