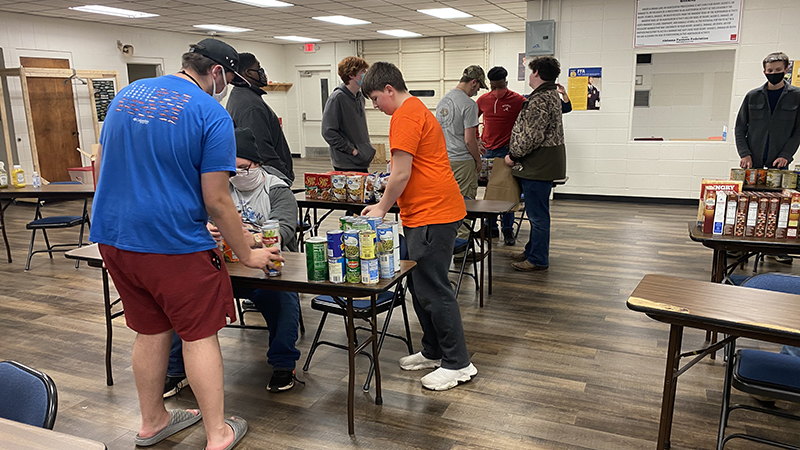 Packing meals: Students at Inspire Academy are shown above as they pack meals that were distributed to nearly sixty local families. The project was in partnership with Chambers County Young Farmers. Photo contributed.

LAFAYETTE – The Future Farmers of America chapter at Inspire Academy recently partnered with Chambers County Young Farmers to provide meals for nearly 60 local families during the holiday season, according to a news release from Chambers County School District.

The project was originally called “Thanksgiving in a Bag,” designed to feed twenty families for Thanksgiving. However, the effort exceeded initial goals, allowing more people to be served through Christmas.

“Chambers County Young Farmers, comprised of members from the Chambers County Farmers Federation between the ages of 18 and 35, collaborated with our students to provide hams and turkeys to complete the meals,” Harris said. “This was a wonderful opportunity for our kids at Inspire Academy to work with representatives from the local agricultural industries who are active leaders in our community.”