Crossing the border for a chance at over $600 million 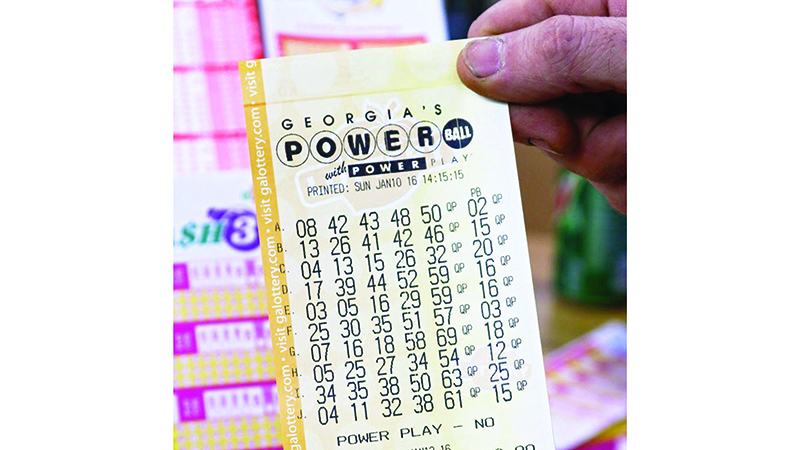 Half a billion: Tonight’s Powerball jackpot has eclipsed an estimated $600 million early Tuesday. Many are crossing in to West Point from Alabama to purchase tickets in hopes of purchasing a winning ticket. The drawing will take place at 10:59 p.m. eastern. Photo contributed.

People in Georgia and elsewhere have their eyes set on the jackpot for the Powerball lottery game, which was estimated at over $600 million on Tuesday. Many of them are from Alabama, which doesn’t have its own lottery.

On Tuesday, Tyrone Alleyne drove all the way from Notasulga, Alabama to the Chevron at 1860 GA-18 in West Point to play Powerball, which took at least about 45 minutes. He said he crosses the state line for Georgia Lottery tickets regularly. Alleyne said that if he wins, he will split the money with his family.

Alleyne thinks Alabama should have its own lottery so people like him won’t have to drive to Georgia.

“I think it would help the economy,” he said.

James Hamric from Eufaula, Alabama was also at the same gas station. However, he didn’t drive all the way from Eufaula to West Point for Georgia lottery tickets. He said he works in Georgia and has bought Georgia Lottery tickets before. Hamric said he was playing Powerball and that if he wins, he will build a new life for his family.

“I have a father who’s got stage three colon cancer, and I’d definitely fix him up as well,” he said. “That’s my biggest priority right now.”

Like Alleyne, Hamric thinks Alabama should have its own lottery so Alabama residents won’t have to travel to other states to play their lotteries. He said he’s also played Powerball in Mississippi.

“I’ve got family over at the beach in Mississippi, so I go and see them every once in a while,” he said. “Wherever I’m at and they play Powerball, that’s where I’m going to go and play Powerball, as well.”

Hamric said Powerball gives people an opportunity to get ahead in life and that Alabama would greatly benefit from having it, especially considering how poor the state is.

Jimmy Pirani, the manager of the Chevron, said that almost 500 to 600 people from Alabama play Powerball at his store daily.

“The numbers will only rise as the jackpot rises,” Pirani said. “It happens every year. Whenever the Powerball or any of the big Mega Millions is up, because our store is located on the border, we get a lot of people coming from Alabama.”

Pirani said Alabama residents from places 30 minutes or further away visit his gas station “all the time” just for lottery tickets.

Powerball is a multi-state game. Drawings are held on Monday, Wednesday and Saturday at 10:59 p.m. Georgia Lottery stops selling Powerball tickets at 10 p.m. on draw nights. Each play costs $2. The jackpot grows until it is won.

If you win anything from Powerball, you have up to 180 days from the drawing date to claim your prize. To know if you’ve won, use the Georgia Lottery app, visit galottery.com or visit a retailer.