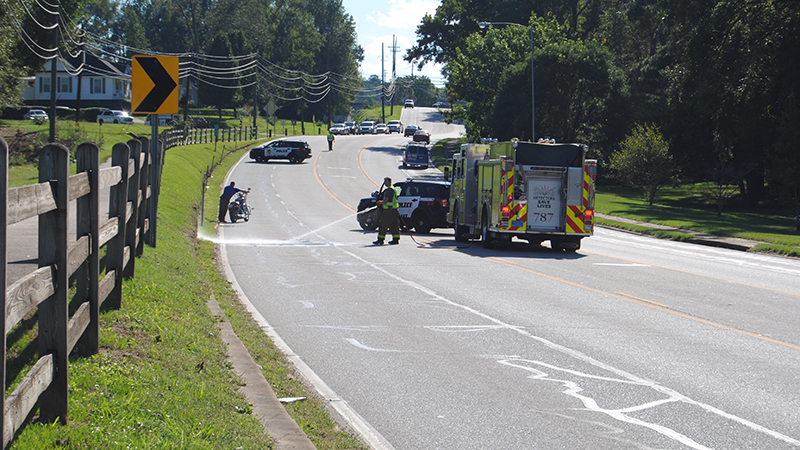 Near the old Langdale mill on US Highway 29 is a particularly sharp curve that’s about to get safer for motorists.

East Central Region Engineer DeJarvis Leonard of the Alabama Department of Transportation said his organization plans to do a resurfacing project on the highway. Linda Crockett, a media contact for ALDOT, clarified that the project will extend from .3 miles south of Judge Brown Road to 1.01 miles south of the I-85 overpass.

Leonard said work on the project should begin this summer.

City of Valley Planning and Development Director Travis Carter explained the history of the curve and the dangers it’s presented.

“29 was built, I guess originally [in the] early 1900s, at least that roadway was there. And it later turned into a highway as time went on. … It’s by far the sharpest curve on Highway 29 anywhere around.”

Not only is the curve sharp, but it’s next to a ditch that holds Moores Creek.

Carter said multiple cars have gone off the road and even turned upside down. He said he wasn’t sure how many wrecks had happened on the curve.

“There’s very little shoulder there,” Carter said. “The edge of the paving is right there. A foot or two away, there’s a sidewalk. After the sidewalk, there’s a creek bank. So, I mean, if you run off the road more than five or six feet you’re going into a ditch.”

He said the ditch is probably 14 feet deep.

“The creek actually used to flow under the mill there when they built that mill,” he said. “Somewhere along the line, they decided we needed to create another route, so it’s one of the few cases where the banks get deeper and deeper the further you go. They had to trench it out, probably blast rock and all of that.”

Carter said there’s been talk of installing guard rails on the curve, but if that happens, drivers may be knocked into the southbound lane, causing head-on collisions.

“They have put up some extra flashing lights and some curve signs,” Carter said.