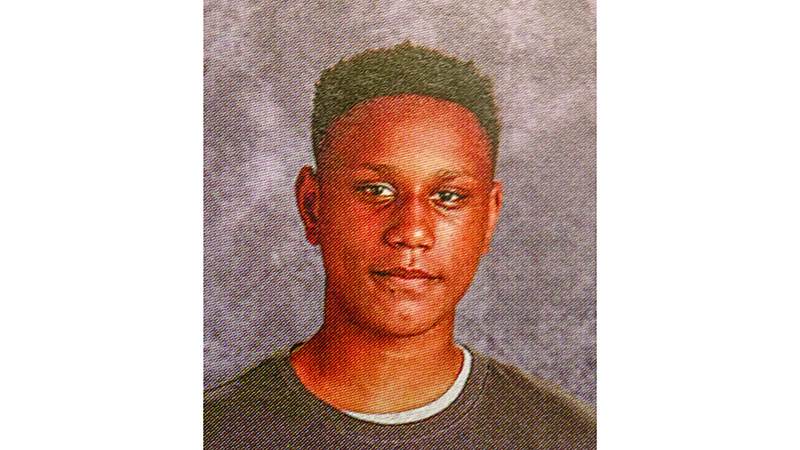 Antavious “Bobo” Walton always had a smile on his face, and he loved football and couldn’t wait to get back on the field.

That’s how friends and teachers will remember the 16-year-old, who was shot and killed Saturday night on the 5800 block of 19th Avenue. A 17-year-old, who has not been identified by police, told law enforcement that a gun accidentally discharged when they were trying to unload it and struck Walton in the torso.

Chandler Fullman, the assistant varsity football coach at Valley High School, coached Walton in football and taught him in summer school this past year. He said Walton had one of the biggest hearts he’d ever encountered.

“I knew Bobo quite well just from football and being around him at school,” Fullman said. “And he was always a delight. He always had a smile on his face and was always — when I say always, I mean always — talking about football.”

Fullman said Walton visited his room three or four times a week, talking about how he was going to dominate on the football field.

“It’s horrible that he’s not going to get that chance,” Fullman said. “That’s what’s most painful. A family has lost a child. I hate that.”

When he grew up, Walton wanted to be a football player.

“He dreamed of being in the NFL,” Fullman said.

“Bobo was a student who always had a good attitude and always was very talkative with his classmates and his teachers,” Ford said. “He was a bright, young, energetic person.”

Ford said that in football, Walton was a defensive lineman who gave every play everything he had.

“Bobo was a good person,” Ford said. “He always just had a positive attitude and was always a very joyful person. It didn’t matter if it was the fifth time I saw Bobo that day. He was going to say, ‘What’s up, Coach Ford?’ every single time, all five times. It never failed. He always liked to talk, and he always wanted to check in and chat with people.”

Kyle Burgering, who is now a social studies teacher at Chambers Academy, taught Walton world history at Valley High School. He said Walton always had a smile on his face and loved talking about football.

“He liked to laugh,” Burgering said. “He liked to joke around… He was an all-around good kid. It’s sad to hear about the news.”

Casey Chambley, superintendent of the Chambers County School District, said on Monday that multiple counselors and three local pastors were helping students cope with the loss.

Valley High School will hold a memorial service on Wednesday, Feb. 2 at 6 p.m. in honor of Walton.