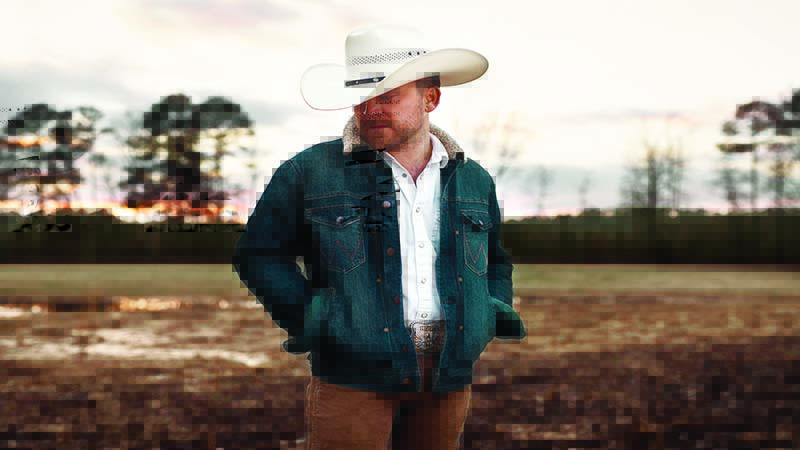 If you’re ready to have some fun, country music star Justin Moore is prepared to deliver. On April 2, the Poyen, Arkansas native Moore, who turns 38 on March 30, will take the stage at The Oaks Farm in LaFayette, where he plans to put on a fun, infectious show.

“Man, we have a good time,” Moore told the Valley Times-News. “You know, we kind of take it upon ourselves to throw a party for the event. We try to play as many of our big records that people know [or] want to hear as we possibly can, in the amount of time they let us do it, man.”

Some of those big songs include number-one singles “If Heaven Wasn’t So Far Away,” “You Look Like I Need a Drink, “Somebody Else Will,” and “The Ones That Didn’t Make It Back Home.”

Moore has shown up sixteen times on the US Billboard Country Songs and Country Airplay charts throughout his career that spans two decades.

Moore says his start as a recording artist was somewhat of a fluke. During his senior year in high school, Moore started playing in his uncle’s southern rock band, and one day his dad asked if he ever thought about making music a career. At the time, he says, because he grew up in a town of 300, he wasn’t sure that was an option.

“My dad actually came up to me one day he goes, What do you think about playing music for a living,” Moore says. “I said, you can do that? I didn’t know you can do that. You know, because I grew up in [a] town [of] about 300 people in South Central Arkansas and, you know, the thought process is that you don’t get on the radio and get to go do this and that, you know, coming from here, and which is a silly thing, but when you’re 17 year old, that’s the way you think, or I thought at least.”

Moore and his dad began educating themselves on the process that it would take to make that dream a reality.

After graduating high school, Moore went on to college and realized early on that was not the direction he wanted to go.

“I came home, told my parents I was moving to Nashville, and fortunately, they were very supportive,” he says. “When I moved there, I only knew one person, my manager, which he had become my manager on a handshake deal. And here we are, 20 years later, and we’re still on a handshake deal and have been fortunate enough to have great success over the past 20 years. It’s crazy, man.”

Moore says his influences are a laundry list of country legends like Waylon Jennings, Merle Haggart, Johnny Cash, George Strait, Alan Jackson, but he also gravitated to artists he felt no one could emulate, like Charlie Daniels and Travis Tritt. His favorite artist of all time may come as a surprise. “My favorite artist of all time and our music is not even close to being similar, I don’t think, but I just I loved him and still love him is Dwight Yoakam and Hank Jr., I gotta throw Hank Jr. in there,” he says.

There is more than just a musician to Moore. He and his wife, Kate, have been married since 2007, and have three daughters and one son. He coaches them in softball and basketball.

As if that is not enough, with his passion for sports – specifically Arkansas Razorback sports – Moore signed on to do morning sports talk radio on KABZ 103.7 The Buzz in Little Rock, Arkansas. That’s a venture Moore said is not meant to keep him away from music and came about when legendary “The Outlaw” Tommy Smith retired.

“I was just having a conversation as a friend with one of the co-hosts, and I said, man, what in the world are you gonna do to replace him? Because I mean he was just the guy,” Moore recalls. “I said, well if you need some help, or whatever, I would entertain the idea of maybe jumping in and doing it. I mean, it was just that flippant of a conversation, and I thought that’ll never ever happen, and long story short, lo and behold, here we are.”

Even with his passion for sports, Moore reassures his fans that his music is his priority.

“So they [103.7 The Buzz] were willing to work with my schedule, and my music and stuff,” Moore says. “They understand that that’s priority number one for me. And if there’s a question, my music career comes first. That’s what I wanted to stress early on doing this to our fans.”

You can listen to Moore’s music on all streaming platforms and listen to Morning Mayhem on 103.7 The Buzz weekdays from 6: a.m. – 10 a.m. CST. Moore also hosts a podcast called ‘The Justin Moore Podcast.’

Tickets for the April 2 concert are on sale now at https://www.seetickets.us. Enter “The Oaks Farm” into the search bar. Click on the result called “Justin Moore – LIVE at The Oaks Farm.”

Chairs will only be allowed in the general admission section, not the VIP section. Additionally, guests can bring coolers to tailgate but may not bring them inside the concert venue. Multiple food vendors will be on site. Cash and cards will be accepted for food or beverages. Tailgating starts at 2 p.m. CST. Gates will open either at 4 p.m. or 5 p.m. CST, depending on the final schedule. Updates will be announced before the event.