Dillon Carmichael to bring energetic show to The Oaks Farm 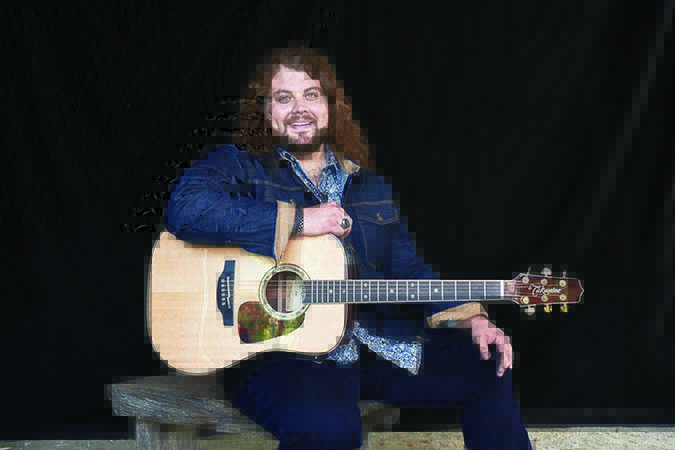 When country music artist Dillon Carmichael hits the stage Friday, April 2 at The Oaks Farm in LaFayette, he says the crowd can expect a high-energy show.

“We have a really energetic show, which, I think, is kind of surprising to some people that have listened to my music,” Carmichael said. “If they’ve seen any of my family in concert, I mean, we all put on a rock show. So, a lot of energy, a lot of up-tempo. A lot of fun, and just try to put a smile on everybody’s face.”

The Burgin, Kentucky native has a rich musical DNA. His father and uncles performed in a Southern Gospel Quartet, his mother performed throughout Kentucky, and most notably, her brothers, John Michael Montgomery and Eddie Montgomery — one-half of the country duo Montgomery Gentry — found massive success on country music charts.

Although his country roots are strong, Carmichael says country music was not his go-to as a teenager. Carmichael credits singer Aaron Lewis and maturity for his dive into the country genre.

“I really was into rock [music] as a teenager,” he said. “There was this band called Staind in the ‘90s. When Aaron Lewis, the lead singer, went country, I was like, ‘Ah, OK, Aaron went country,’ and then I grew up in a country family. I also kind of got to an age where I related a little more to country music, so that’s when I got into it.”

Carmichael describes his music has an entanglement of a family sound mixed with some of country music’s all-time greats with a hint of southern rock.

In October, Carmichael released his sophomore album “Son Of A,” a project he said he is excited about. The album features collaborations with several notable country stars, including Jon Pardi and The Cadillac Three.

“It’s 14 songs. I wrote about half of them,” Carmichael said. “It’s produced by Jon Pardi, Ryan Gore, Dan Huff, and Phil O’Donnell. It’s definitely my passion project, and the one I am most excited about and most proud of thus far.”

You can check out Carmichael’s music on all streaming platforms and find him on social media as well.

Chairs will only be allowed in the general admission section, not the VIP section. Additionally, guests can bring coolers to tailgate but may not bring them inside the concert venue. Multiple food vendors will be on site. Cash and cards will be accepted for food or beverages. Tailgating starts at 2 p.m. CST. Gates will open either at 4 p.m. or 5 p.m. CST, depending on the final schedule. Updates will be announced before the event.