Georgia Power looks to remove dams along the Chattahoochee 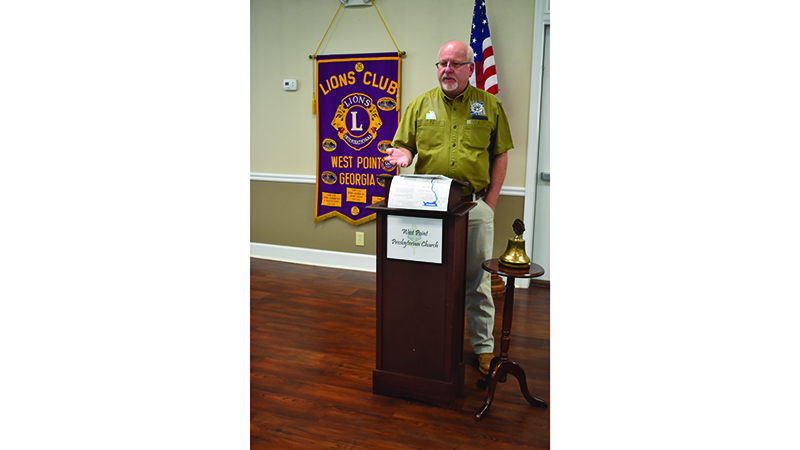 At Wednesday’s West Point Lions Club meeting, City of Valley Planning and Development Director Travis Carter spoke to club members about the potential removal of dams on the Chattahoochee River in Langdale and Riverview. The three dams Georgia Power wants to have taken down are Langdale Dam, Crow Hop Dam and Riverview Dam.

Carter said the Langdale Dam hasn’t generated power since 2009. Regardless, it had to be kept operational.

“They finally decided, ‘This is costing too much money. We’re spending good money for nothing,’” he said. “And so, they filed in 2018 to decommission the powerhouses and remove the dams.”

Georgia Power held public hearings on the issue, Carter said. A small group of bass fishermen who liked fishing for shoal bass in the river put up resistance to keep the dams as they were. The Federal Energy Regulatory Commission (FERC) argued that taking the dams down would create a drop in the river, leading to more shoals and thus more shoal bass.

“Another argument came back, says, ‘You might have more shoals, but you’re going to have less oxygen,’” Carter said. “‘Those waterfalls created a tremendous amount of oxygen and also, what about all the silt behind these dams?’”

“The current plan now is to file with FERC the end of the second quarter of this year, responses to that,” Carter said. “One of it is sediment quality — what’s in the sediment behind these dams? And two, sediment transport — where’s this sediment going to go, what’s going to happen to it?”

Georgia Power said returning the river to its natural state would outweigh the negative impact of any sediment transfer, Carter said.

FERC also wanted information on the shoal bass and oxygen content in the water.

“And so, that’s where they are right now,” Carter said. “And like I said, they plan to revise this, plan to show the sediment in the fish study the end of the second quarter,” Carter said.

A company called Kleinschmidt has been hired to do a hydrologic study on the river in the area of the dams, Carter said.

“Once FERC accepts Georgia Power’s… all the questions they’ve asked for, FERC will then hold their own public hearings,” he said.

He explained that contaminants that have been buried in sediment may resurface after dams are taken out.

“So FERC says, ‘Good question. We want to know what’s in there.’ So they’re doing studies, doing sampling of that sediment, how much there is. They think that above Langdale Dam that there’s 185 acre feet of silt, which translates to about 300,000 cubic yards.”

Carter said the Crow Hop Dam has an estimated 112 acre feet of silt, which is about 180,000 cubic yards.

“I can tell you from experience, when there’s water moving, that silt’s going to move, and when it gets to slow waters, it’s going to settle down,” he said. “That’s very apparent once you get below Riverview Dam. It’s just, like, sandbars for the next, probably six, seven miles down to Lake Harding.”

On the Georgia side of the Langdale Dam, plans are to leave about 300 feet of it at half of its current height. The Langdale Dam is about 1,300 feet long.

Carter said he asked an engineer why she planned to leave such a large portion of the Langdale Dam intact. He said she responded that if the whole dam were removed, all the water would flow to the Georgia side. Carter said he disagreed with the engineer because there used to be a grist mill on the Alabama side prior to there ever being a dam.

“Now, I can see, you know, the sediment deal is a big deal,” he said. “And if they breach the Georgia side first, and all of a sudden, you have a lot of silt on the Alabama side, and you start getting some plant growth out there, it might hold, and that might force the water over there. You get into a lot of scenarios [where] nobody knows.”

Carter guessed that the dams may be decommissioned around 2025.

In an interview, Carter said that 10 feet on each end of each dam will be left for historical reasons. Once plans to remove the dams are approved, he’s not sure which dams will be removed first.