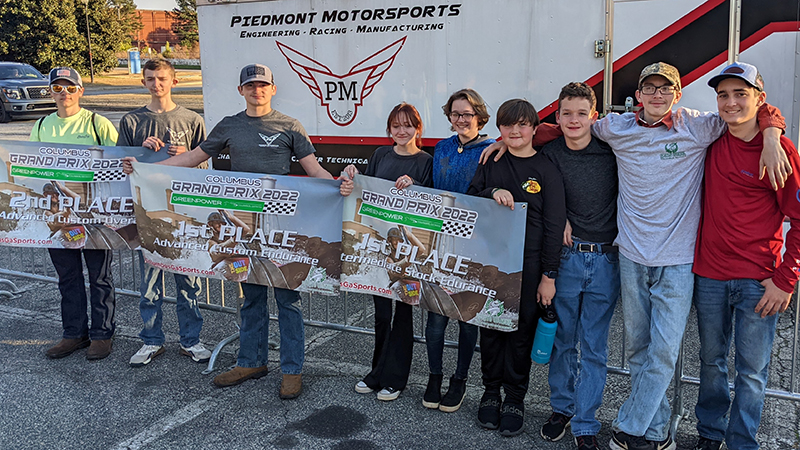 The high school Advanced Custom Class Race called for the team to make significant modifications to a stock car kit with custom parts designed to improve performance and efficiency.  The Middle School Intermediate Stock Class Race saw the Inspire Academy students race a stock kit car donated by Honda Manufacturing.  The younger racing team members learn about the fundamentals of electric cars, racecar setup details, and tips to help determine the best possible outcome for their car.  These include driving skills, car maintenance, and efficiency tips for successful competition in their class.  Both teams competed in two race heats for their respective advanced or intermediate divisions.

The racing teams set up pit crew stops on pit road on the main infield for the racing track.  All drivers went through the driver safety training meeting, and cars were scrutinized closely for modifications to ensure compliance.  Each car used a transponder to track the number of laps traveled during each of the four racing heats hosted for competition.

The next race for the Piedmont Motorsports Racing team from Inspire Academy will take place on Saturday, March 12, 2022, on the campus of Inspire Academy in LaFayette.  The start time is set for 8 a.m. CST, and the race day awards ceremony will be held at 5 p.m. CST.  Guests are welcome, and admission is free on race day.