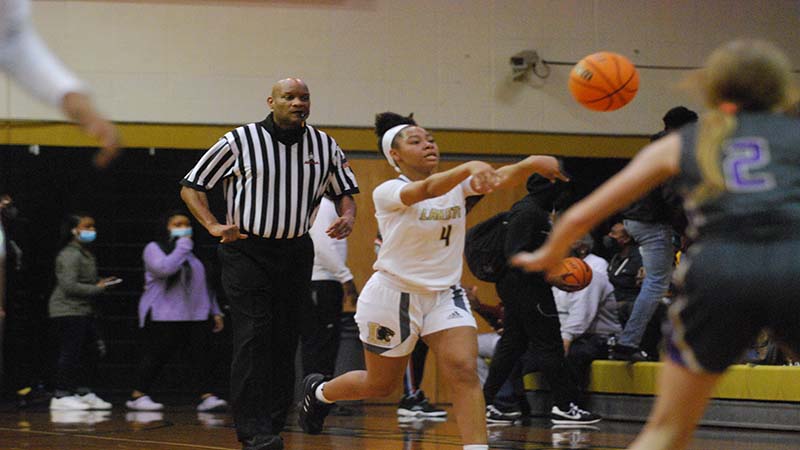 The Lanett Panthers girls won the 2A area 7 championship on Thursday night after routing the Ranburne Bulldogs 53-41. The teams split the season series with each team winning on their opponent’s court — each team’s only area loss on the season —  but tonight was about more than bragging rights.

Both teams got off to a slow start offensively as there was zero total points scored over halfway into the first quarter until Lanett’s Ameria Truitt-Zeigler canned a three-pointer with 3:12 on the clock. Abigail Howle answered with a 3-pointer of her own a couple possessions later to knot the game up at three. Both offenses continued to struggle the rest of the quarter with the score at the end of the first quarter being a Lanett 7-5 lead.

The offenses came to life in the second quarter, but it was Lanett’s offense that was more consistent, scoring 17 in the quarter compared to 10 for Ranburne. Lanett started the quarter on a 9-0 run to grab some momentum before the Bulldogs answered with a 4-0 run of their own. It could have been a much worse first half for Ranburne if Briley Merrill did not get a four-point play with 45 seconds left in the half to cut the Lanett lead to single digits.

By the time the fourth quarter started, the game was no longer in the balance. The Bulldogs outscored the Panthers by six in the final quarter, but it was not enough to overcome the deficit.

Lanett will host the sub-regionals round of the playoffs, which will be played Monday.

Chambers girls prepared for 3A competition