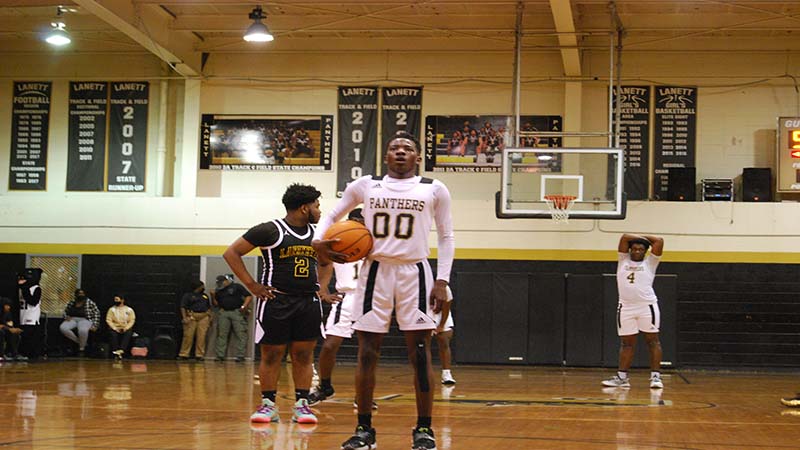 The Lanett Panthers boys basketball team topped the LaFayette Bulldogs 70-57 to win the 2A Area 7 championship Thursday. The game was much closer than the final score indiciated as the game was tied late in the third quarter.

Lanett set the tone early by dominating the first quarter 28-14.

LaFayette battled back in the second quarter, cutting the lead to single-digits going into the break. It was a gritty team effort on the offensive end to get back in the game; no Bulldog player had more than five points in the quarter.

Antavious Woody, who only had three points in the first half, showed out with 13 points in the second half to keep LaFayette in the game.

The Bulldogs offense went ice cold in the fourth quarter, which allowed the Panthers to get some breathing room late. LaFayette could only muster nine points in the final quarter.

The Bulldogs went an abysmal 55.56% from the free-throw line in the game and went 1-for-5 in the fourth quarter.

Lanett’s offense was ferocious, but only their five starters got in the score column.

Both teams will play in the sub-regional round of the playoffs on Tuesday.

Chambers girls prepared for 3A competition

Valley boys fall to Eufaula in the Region 6A…