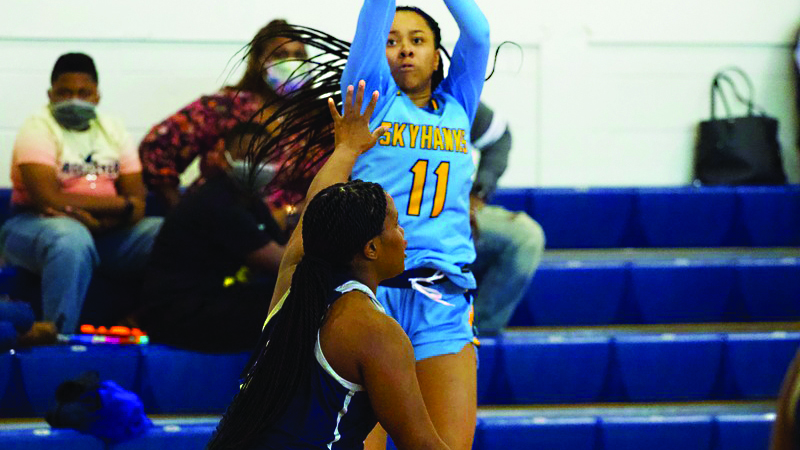 Point took an early lead out of the first quarter, 17-16, but Montreat powered back, outscoring Point 20-14 in the second quarter to lead 36-31. In the third quarter, a layup from Marta Gimenez with under a minute left gave the Skyhawks a 48-47 lead, but Montreat’s Caleigh Raby answered with a layup to enter the final quarter leading 49-48.

Out of the quarter, Montreat extended their lead out 54-50 before McMillan and Gimenez connected for back-to-back three-pointers to give Point the lead 56-54 and the Skyhawks went on to extend their lead out by nine to end the game.