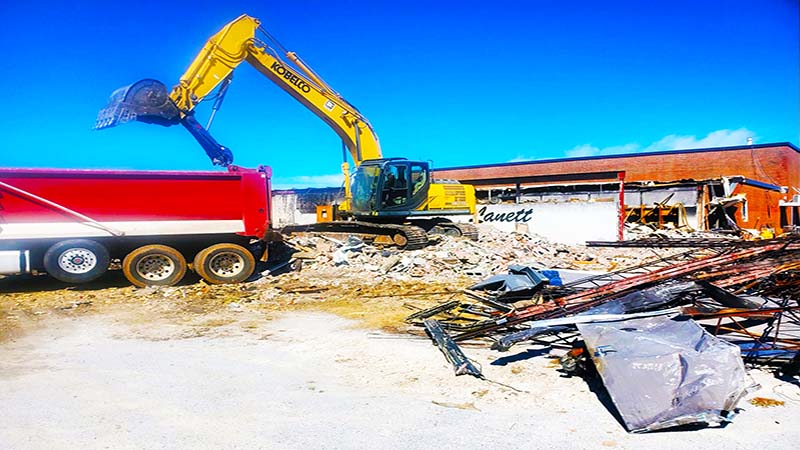 Just over a year since an electrical fire burned it down, work has begun rebuilding the athletic field house at Lanett High School.

Lanett City Schools Superintendent Jennifer Boyd said no changes to the building’s name have been considered.

“The majority of funding for this project will come from the insurance settlement,” said Lanett City Schools Superintendent Jennifer Boyd. “[The] projected cost is close to $1.9M.”

Athletic Director Clifford Story said demolition of the old building started over the weekend. The new facility will be built in the same place.

He said the new facility will make better use of space than the old one.

Story said the weight room will be partially paid for by donations.

Batson-Cook Construction has the contract for the project, but Story said a lot of their work is being sub-contracted.

“I’m just glad we’re going to finally have our home back,” he said. “We’ve been blessed to be able to work out of Valley Baptist Church. And then, the school and the administrators have been great as far as allowing the facilities that we have to be used. But, you know, it’s nothing like home.”

Story said Lanett High School athletes have been using the auditorium to dress and house their belongings while they practiced.

“I’m just happy to finally see some work getting done because this [has] been a long time coming,” he said. “It’s been over a year since our building burned down.”