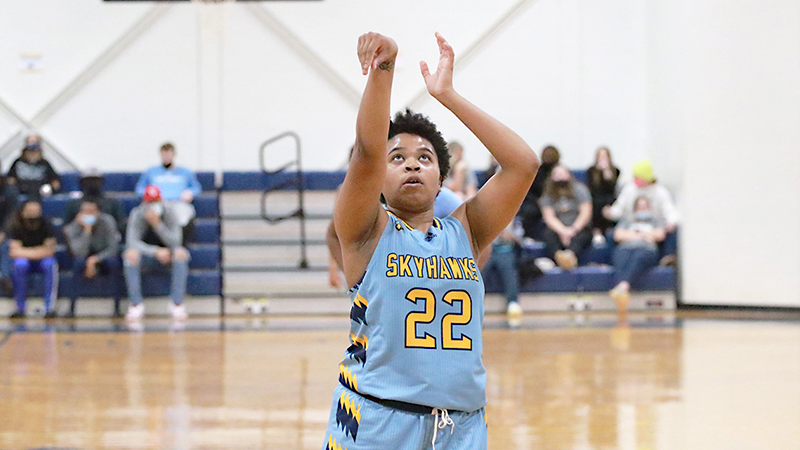 WEST POINT  – With every member of the Point University women’s basketball team finding their way into the scoring column, the Skyhawks were able to pick up a dominating 84-48 victory Thursday evening against Appalachian Athletic Conference foe Brenau University.

The Skyhawks dominant offensive front started in the first quarter as Point took a 23-9 lead. Point jumped out to an 8-0 run before Brenau found their way into the scoring column with six minutes remaining in the quarter. A triple from Jasmine Griggs helped Point earn a 10-point lead with 1:30 left in the quarter, and the Skyhawks extended their lead out to 14 points entering the second period.

In the second quarter, both teams scored 10 points apiece to make the score 33-19 entering the half. Point connected for 29 points out the break and limited Brenau to 13. In the third quarter, Hannah Williams led Point’s offense with nine points, going 4-of-8 from the field. Nicole Izuagie led the Skyhawks to scoring 22 points in the final frame, as she connected for seven points and was 3-of-6 from the field. Point outscored Brenau 51 to 29.

Up next, Point travels to Tennessee Wesleyan for an AAC matchup on Saturday, Feb. 5, at 2 p.m. Currently, the Skyhawks are third in the AAC and the Bulldogs are fourth.