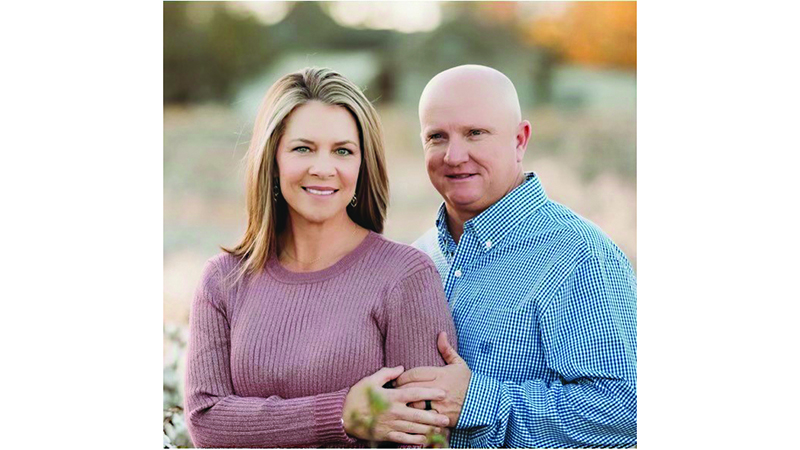 The Chambers County School District announced in a press release the promotion of Mike Meadows as the new varsity baseball coach named at Valley High School.

Meadows was promoted to serve as the Rams’ new baseball coach to fill the vacancy left by Matt Hicks. Meadows will begin his transition into his new role effective immediately as he is excited to meet his new Rams Baseball team.

Meadows graduated from Valley High School in 1993, where he attended from 1990 to 1993 and played on the varsity baseball team for three seasons primarily as a 2nd baseman.

Meadows’ final year on the diamond saw him and the rest of the Ram seniors win 20 plus games and the Class 5A Area Championship.

The team advanced to the third round of the AHSAA playoffs beating Wetumpka in the first round and Robertsdale in the 2nd round before losing to Monroe County in the quarterfinals.

After graduation, Meadows attended SUSCC for his first year of school in Valley while working part-time. During his sophomore year, he was a walk-on at CVCC-Phenix City.

Meadows is married to Robin (Kendrick) Meadows, who is also a native of Chambers County.  Their son, Ryan Meadows, attended and graduated from Valley High School where, like his father, he had a successful prep career on the baseball diamond.  Ryan went on to play college baseball at Huntingdon College and is now teaching and coaching at W.F. Burns Middle School.

By 2011, Meadows founded the EAB travel baseball program serving players across the Greater Valley area from 13U up to 15 and underplaying as EAST Alabama Baseball.  His work continued to draw attention, earning him the opportunity to join the VHS baseball program in an assistant coach’s role for both the varsity and J.V. teams in 2012.  By 2013, his role expanded for Rams baseball. He continued  varsity assistant coaching but was also the head junior high school coach. From 2014-2017, Meadows served on the varsity baseball staff for VHS as an assistant coach.

In 2018, Coach Meadows coached a Columbus, Georgia travel baseball program serving players from both Alabama and Georgia.  From 2019 to 2021, Meadows united with another VHS grad, Corey McDonald, to re-establish the East Alabama Baseball program, beginning with a 12U team and eventually expanding to four age-group teams.

Meadows says one of his areas of personal strength is coaching infielders, which seems to come naturally, as his background throughout his own prep and collegiate experience was infield play.  Meadows emphasized that his own personal philosophy for coaching players is to help them develop into being better young men by using the game of baseball as a tool to work towards reaching their goals.

“It’s one way to help players realize that nothing worthwhile is going to come easy in life,” Meadows said. On a personal level, Coach Meadows is a huge Atlanta Braves fan who, like many across the south, enjoyed watching them win the 2021 World Series.

“Coach Meadows has actively committed himself over the years to either following or directly working with the Rams program,” CCSD Superintendent Casey Chambley said. “He has watched these kids play, mature and grow up.”

VHS Athletic Director Adam Hunter says Meadows will bring stability to the program that will help the players connect to the history of successes enjoyed by the Rams baseball from as far back as the team’s quarterfinal run in 1993.

“The strong ties that Coach Meadows has in coaching baseball in the Valley community make him a natural fit to move into the Head Varsity Coaches role for the program during this transition,” Valley High School Principal Montray Thompson said.