Bethany Courtright talks about living in Russia and visiting the Ukraine 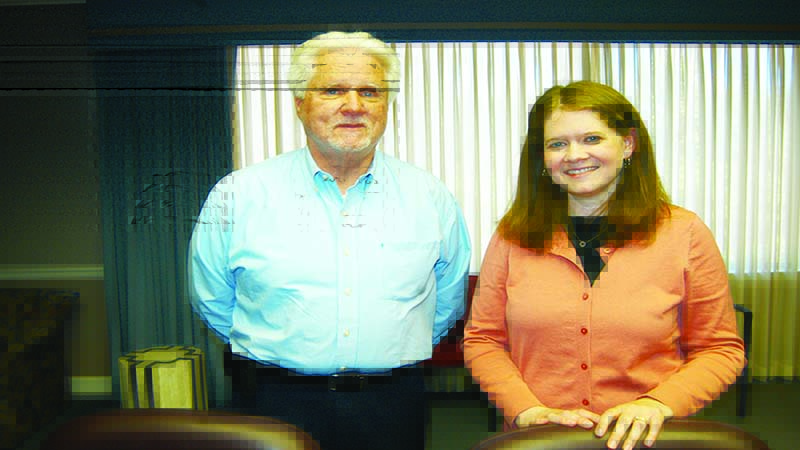 WEST POINT — A local resident who has lived in Russia and visited Ukraine offered an insider’s perspective of what’s going on in that part of the world at Thursday’s noon hour meeting of the West Point Rotary Club.

Guest speaker Bethany Courtright is now the director of children’s ministry at Spring Road Christian Church. Prior to coming to the local area, Bethany and her husband, Corey Courtright, were missionaries working for the Lasting Harvest in places like Panama, Israel and Russia.  She did a one-year internship in Moscow before going to Israel for a year and then back to Russia for two more years.

Russia and Israel, she said, have some close ties. In the late 1940s, Russian immigrants played an important role in the founding of the state of Israel.

She said that Russian was a beautiful language but difficult for an American to learn.

“It’s softer and more pleasant to the ear than German,” she said.

Even though Russia has had a turbulent history, the Russian people are proud of their culture and what they have been through.

One thing the average Russian and the average Israeli have in common is that both envy life in the U.S.

“If you were to ask the average Russian or the average Israeli if they would like to go to the U.S. to live and work, they would jump at that opportunity,” Courtright said. “It’s that way in Panama, too.”

Courtright said Americans need to understand that Vladimir Putin was KGB trained and is still an old Soviet Union man at heart. The current invasion of Ukraine was exactly what an old-style Soviet leader would do. They did it in Hungary in 1956 and in Czechoslovakia in 1968. Old symbols of the USSR can still be seen. Courtright said that images of the hammer and sickle can be seen in the Moscow subway. Some of the battle tanks in Ukraine are flying that red banner with the hammer and sickle.

“When I went to Russia in 2012, a missionary I talked to told me that the Soviet Union was gone but that the Iron Curtain would return,” Courtright said. “When Putin went back to power in 2006, thousands of protesters were on the streets of Moscow. Putin is old-school Soviet, and he’s in for the long run. If you talk to Russians, some will tell you that they don’t like Putin. They see him as another Stalin or Hitler. He’s a scary guy. There are thousands of people in prison because of him.”

More than 10,000 Russians have been sent to prison for protesting the war. It’s against the law in Russia to question what’s going on in Ukraine. A Russian can be jailed for as long as 15 years if they refer to it as a war or an invasion. The Putin line is that it’s a special military operation, and it’s forbidden for Russians to speak of it as anything else. According to news reports, a Russian Orthodox minister was arrested after telling his congregation from the pulpit that he was sad for Russia and Ukraine to be at war.

Courtright said the sheer brutality of the Russian invasion that’s showing up in news reports is nothing new. Russia’s war with Chechnya took place before Putin came to power in 2000, but there’s no criticism allowed for Russian brutality that may have killed as many as 100,000 people in the Chechen capital of Grozny alone.

A heroic Russian journalist named Anna Politkovskaya  detailed Russian atrocities committed in Chechnya in a book entitled “Putin’s War.” Rather than debate the issue, they silenced her. Her body was found at the bottom of an elevator shaft. In an incident that was officially ruled a suicide, she had been shot four times, once in the head.

Russian intervention in Syria worsened an already terrible humanitarian disaster. An estimated 12 million people were forced to flee their homes and more than 5 million left the country to be refugees aboard. The cluster bombing of the city of Aleppo was an especially horrible event.

Courtright said she saw a lot of poverty in the rural areas she visited in Russia.

“Some people live in houses that are no bigger than a tool shed,” she said.

Despite this, the people are warm and engaging.

“If they like you, they are very hospitable,” she said. “They invite you in, feed your a six-course meal and want you to stay awhile. It’s a lot like what we call southern hospitality.”

A member of the club asked Courtright if worship was permitted in Russia. It’s permitted but officially frowned on. “What’s not permitted is one-on-one proselytizing,” Courtright said.

Courtright said that security was tight when she was in Israel. She taught at a school with mostly Arab students. Going and leaving meant going through a number of checkpoints.

“People coming in from the West Bank caused problems for the school,” she said. “Everything changed, though, when the wall was closed.”

Courtright said that both the Hebrew and Muslim cultures were strongly founded on religion.