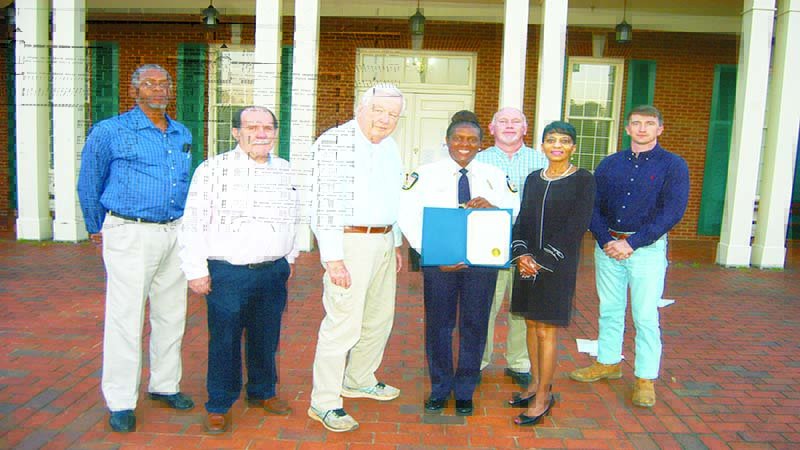 VALLEY — Lt. Sandra Crim of the Valley Police Department was recognized by a Mayor’s Proclamation at Monday’s meeting of the Valley City Council. It was a special presentation during Black History Month.

Lt. Crim has been with the Valley Police Department for the past 24 years. She started out as a patrol officer and has moved up in rank to lieutenant. She has worked in several divisions including patrol and investigations and  currently supervises the school resource officer division.

“Sandra Crim is responsible for piloting and putting the first City of Valley Police Academy in place and continues to improve it each year,” the proclamation reads. “She also started to Sunflower House with the City of Valley Housing Authority. (She) has set an example through her willingness. determination and talents and by doing so has enriched the Valley community. By the powers invested in me as the mayor of the City of Valley I hereby recognize Sandra Crim on her outstanding achievements and for being a source of admiration and inspiration to not only the Chambers County School System and the citizens of Valley but to the Greater Valley Area as well.”

“It’s an honor for me to present her with this proclamation,” Council Member Marquetta Madden said in reading the proclamation and handing her a large famed copy of it. “She wears many hats and does so much for our community.”

Crim received a standing ovation from a large crowd gathered inside the council chamber.

Mayor Leonard Riley asked her what year she graduated from Valley High. “I graduated in 1986,” she said. “You were my principal. You were later my superintendent when I worked for the county school system as a resource officer. You’re now the mayor when I’m with the police department.”

“I can’t get away from you,” she said jokingly, drawing some laughter.

In all sincerity, Crim said she greatly appreciated the award. “In want to thank everyone for being here,” she said. “It’s great to be honored. As we continue to work we will continue to grow.”

Crim said she was pleased to report that Arthur Dunn, a long-time teacher and coach at Valley High, had been moved to a private room at UAB Hospital. “He’s breathing on his own,” she said.