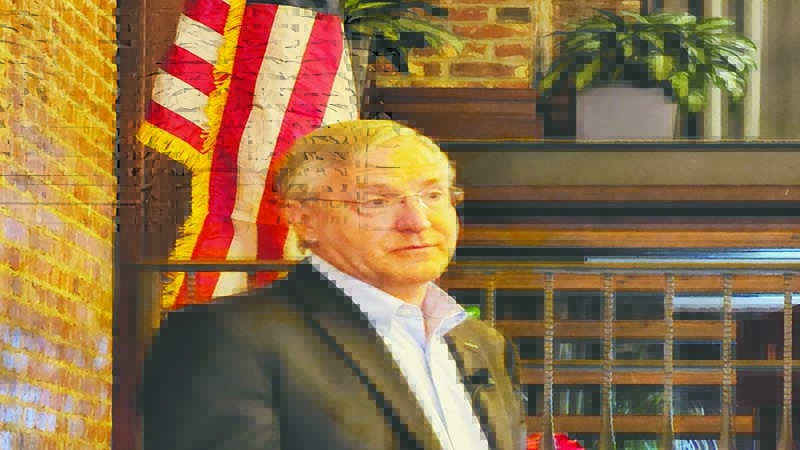 Countess spoke about the challenges auto suppliers like Kia are dealing with — shipment delays, the need for more semiconductor chips, the future of the workforce and the impact electric cars are having on the future of the automobile industry.

During a Super Bowl commercial in February, Kia announced the EV6, the company’s first ever electric vehicle with the help of a robotic dog. Kia Georgia currently produces the K5, Telluride, Sorento and Sportage, which was recently added to the lineup.

So when, if ever, would Kia Georgia produce an electric vehicle? Countess said he gets asked a lot.

“Everybody wants to ask me, what does that mean for here?” he said. “Well, good question. Our opportunity will come when the market is ready for battery electric vehicles. [Electric vehicles] only represent about 2 to 3% of the total production for car sales in the US.”

He used a trip to the beach as an example. If you need fuel, you pull up to any number of gas stations, grab what you need and get back on the road. It’s not as easy right now for anyone who owns an electric vehicle.

“Where do you plug your car in? You’ve got a couple of chargers around local, but you the consumer, me the consumer, I’ve got to feel that I know where my electric charging opportunities are if I’m going to drive to the beach,” Countess said. “We have to solve those problems.”

Countess joked that he was going to collect cellphones in the back after his speech, so that he could collect semiconductor chips out of them. The shortage of semiconductors has been a well-publicized problem nationwide, and it’s caused issues for Kia over the last few years. The shortage has even stopped production for short times due to the lack of available chips.

“We are a company that is very rigid in the way that we like to operate. I make a plan, it’s months out, I know this car is coming on this day, it’s going to come in exactly this order,” Countess said. “But when you don’t have product that’s coming in to build that car, you’re constantly evaluating and changing that schedule on an hourly basis. And that’s not fun. It creates havoc for our supply base. But I will say collectively we’ve met that challenge. And we found new ways to operate our business.”

Countess said he’s got a couple of hundred positions to fill right now as the labor market continues to be impacted by numerous factors.

“People want to work from home. That’s understandable, but it’s hard to build a car from home,” he said.

“That’s a car coming off the line about 52 seconds,” he said.