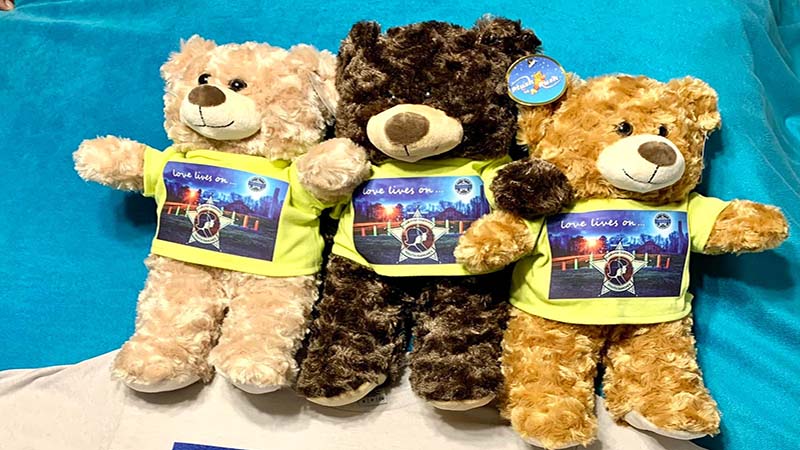 Throughout that week, his presence and impact could be felt throughout Chambers, Lee, and Troup counties as the first responder community shared stories and memories of Fuller’s life.

Not long after, a group of Fuller’s friends came together to organize the Captain Jason Fuller Memorial Ride, with all proceeds benefiting the Tallapoosa Sheriff’s Girls Ranch in Camp Hill.

This year, the Fuller Group, along with the Alabama Widow Sons, the ride has returned and will take place one year to the day when Fuller passed away.

“We chose that day because that would be the day our dear friend Capt. Jason Fuller passed away,” one of the event coordinators, Candi Miles said. “We could not think of a better way to keep his memory of doing for others than to have it that day.”

This year, the ride will place girls from the ranch leading the ride in limousines escorted by Alabama Law Enforcement and Auburn Police Department motorcycles.

Like last year’s event, there will be an auction and raffle after the ride at American Legion Post 18 in Opelika.

Some of the auction items include; Handwritten lyrics to the Jamey Johnson song ‘In Color,’ written by Johnson. Johnson also donated an autographed copy of his album ‘Living for a Song,’ signed album covers from the Oak Ridge Boys, signed posters from Blackberry Smoke and an autographed guitar signed by lead singer Charlie Star and raffle items that include passes to Great Wolf Lodge, an AR-15 rifle and ammunition.

To date, 400 bikes have confirmed their participation in the ride from groups in Alabama, North Georgia, and Florida.

Registration day of the event will begin at 8:30 a.m. eastern. Before the start of the ride, there will be food served and music provided by DJ Pruitt with Auburn Police Department.

The ride will begin at King Auto Corner in Valley at noon eastern and travel approximately 60 miles up through Northern Chambers County and back down through Five Points, LaFayette, Oak Bowery and conclude at American Legion Post 18 in Opelika.

Along with the auction and raffle at the conclusion of the ride, there will be performances by Wicked Dixie and Poison Whiskey.

Shelby Belcher will sing the National Anthem to kick off the ride.