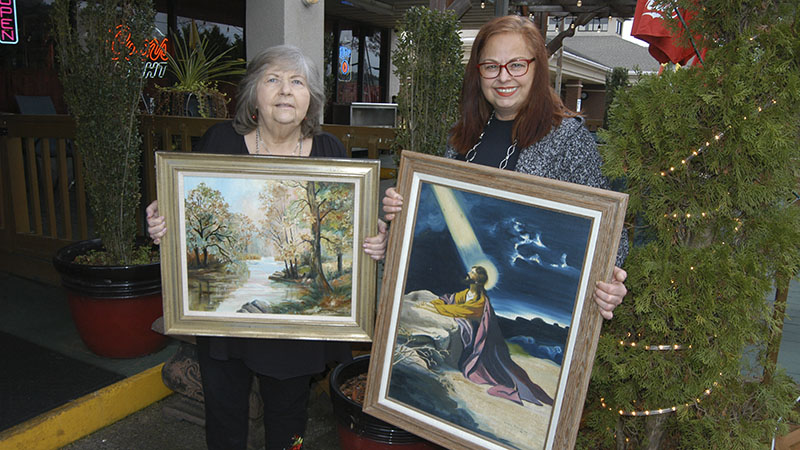 VALLEY — The Valley Arts Council is planning its first-ever memorial art show. It will be taking place the weekend of June 11 and June 12 in the Community Room at Valley Community Center. The show will be featuring the works of local artists who have passed away but whose artistic talent is still very much alive in their work.

“Anyone who has art works done by a loved one who is no longer living but would like to celebrate their talent may submit works for the show,” said Arts Council President Suzie Britt. “We have works from 35 artists committed so far. We are trying to get the word out about what we want to do. We are seeking artworks from anyone who had a connection to Chambers County and the West Point area. We are interested in displaying art in a variety of forms including painting, sculpture, quilting and woodworking. You don’t have to be an Arts Council member to participate. It’s a community-wide event, and we want to highlight the work of special people who are no longer with us but whose art works won’t be forgotten.”

The artworks will be returned following the show.

Britt said there’s some interesting stories she’s been told about the artworks that have been submitted this far. There’s an oil painting done by Lodie Mae Underwood (McClendon) in 1932. Depicted is a slow-moving steam during the fall of the year when the leaves are showing their brightest colors. Years ago that painting was gifted to the family of Gerald Salter, a former teacher and principal at Shawmut High School. Lodie Mae was one of Salter’s students when he was a young teacher. Salter had a great personality and had a strong rapport with his students.

Lodie Mae married John Wise McClendon of Auburn. The couple would go on to own and operate McClendon Motors in LaFayette. John was the company president and Lodie Mae the co-president and bookkeeper. She died in 1986.

Her painting is on loan from Mr. Salter’s daughter, Jean Salter Reeves.

“My father, Gerald Salter, had warm memories of his years in Shawmut and often spoke fondly of the community and his friendships there,” she wrote Britt. “I think he and the artist would be pleased that the painting is coming home.”

A painting of Jesus Christ kneeling in prayer to his father and a light shining from above was painted by Loneta Pinkard. It has been loaned to the show by Lt. Col. (ret.) Gary W. Hamby of Odessa, Florida.

“Between my father’s 23 years in the Navy and my 23 years in the Air Force, this painting has been quite a bit of a traveler,” he wrote to Britt. “We’re thankful it’s going home.”

Hamby explained to Britt that the painting came to him through his maternal grandmother, Shirley Owen Glass.

“Her daughter, Sarah Ellen Glass (my mother) and my father, Jefferson Wayne Hamby, received it on Shirley’s death. I regret that I don’t know more about it or connections between Lonetta Pinkard and our family.”

A portrait completed by Jeanne Henderson has also been submitted for the upcoming memorial art show. There’s a very investing history behind it. Jeanne (Readinger) Henderson was born in Baldwin County, Alabama in 1918. She had three older sisters, and at one point the family moved to Iowa. When she was 17, Jeanne was attending Roosevelt High in Des Moines. She and identical twin sister (Josephine Readinger) began a successful dancing career. Billed as the Readinger twins, they performed on such Broadway productions as Guys and Dolls and the Streets of Paris.

After seven years of performing, Jeanne’s twin sister, Jo, married and Jeanne went back to Alabama to live with her parents. It was there she rediscovered a love she’d had as a child for portrait painting. He favorite medium was pastels but on occasion she would use oil and watercolors.

“Jeanne never had any art lessons,” writes daughter Molly Henderson Dawson of Plant City, Florida. “but her God-given talent appeared as early as kindergarten. When she was asked during the Christmas season to draw the manger scene, her teacher was very surprised at the detail of her drawing.”

When she was a young woman. Jeanne was introduced to Edgar Long Henderson Jr., who was stationed at a nearby Air Force base. They married in 1943 and eventually moved to West Point, where Edgar was employed by the West Point Manufacturing Company.

He was employed there for 25 years before moving his family to Crystal River, Florida and opening his own business. They hd two children, Charles and Molly.

“They lived in Crystal River from 1963 to 1993,” Molly writes. “Edgar died in 1993 and Jeanne moved to Ames, Iowa, where three of her sisters were living. They had 10 wonderful years together before Sue and Mary passed away.

Jeanne then relocated to be near her daughter; Molly and Josephine did the same. Jeanne died in 2007. Molly now lives in Plant City, Florida. She and husband Tom Dawson have two sons, Kyle and Andrew.