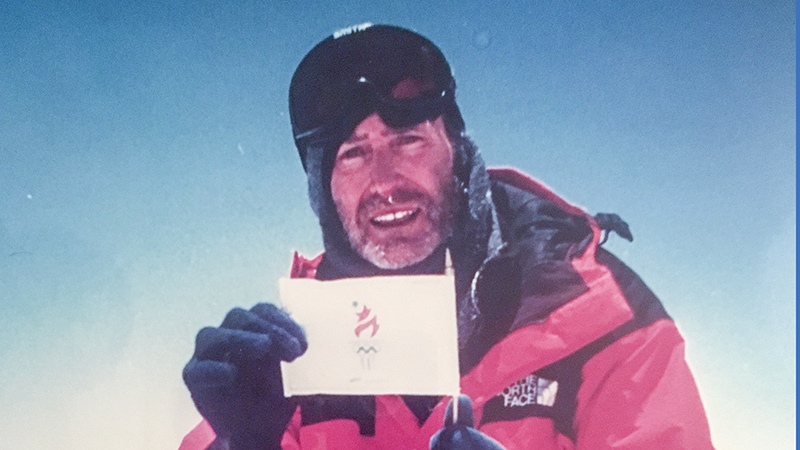 VALLEY — The public is invited to a program that will be taking place at 1 p.m. EDT this Wednesday, March 9 at Bradshaw-Chambers County Library. Valley native Hugh Morton will be talking about his experiences in climbing the world’s highest mountains and about his new book, “Reflections in High Places.”

Joining him will be long-time friend and celebrity mountaineer Lapka Rita, a Sherpa who has reached the summit of Mount Everest 18 times.

Morton reached the top of Mount Everest on May 15, 1992. One of his favorite photos shows him and Lapka standing on the summit that day. Morton is the first person from the Southeastern U.S. to have climbed Mount Everest. He is the 69th person in the world to have completed the Seven Summits Challenge. This involves reaching the summits of the tallest mountain on each of the world’s seven continents. This includes Everest, Mount Elbrus (tallest in Europe), Mount Kilimanjaro (Africa), Denali (formerly Mount McKinley, tallest in North America), Mount Aconcagua (South America), Mount Kosciusko (Australia) and Vinson Massif (Antarctica).

Morton said that Lapka’s climbing strength is legendary. In the Everest offseason, he guides on mountains around the world.

Climbing the world’s highest peaks is challenging and rewarding. It’s also dangerous. Morton has had his share of close calls and so has Lapka. In 2014, Lapka and his party were caught up in an avalanche that buried 15; five of them died.

“Outside magazine did a lengthy article on the tragedy with a full-page photo of Lakpa Rita,” Morton said. “He was later the focus of an hour-long international documentary on the avalanche and the role of the Sherpa people in support of mountaineering expeditions. He consequently became in demand internationally on the plight of the Sherpa people.”

Proceeds from Wednesdays book signing will go to support the Sherpa Education Fund of the Alpine Ascents International Foundation, sponsors of two boarding schools in Katmandu.

This helps orphans and other Sherpa children who would otherwise have no opportunity for an education because they live so high in the Himalaya Mountains.