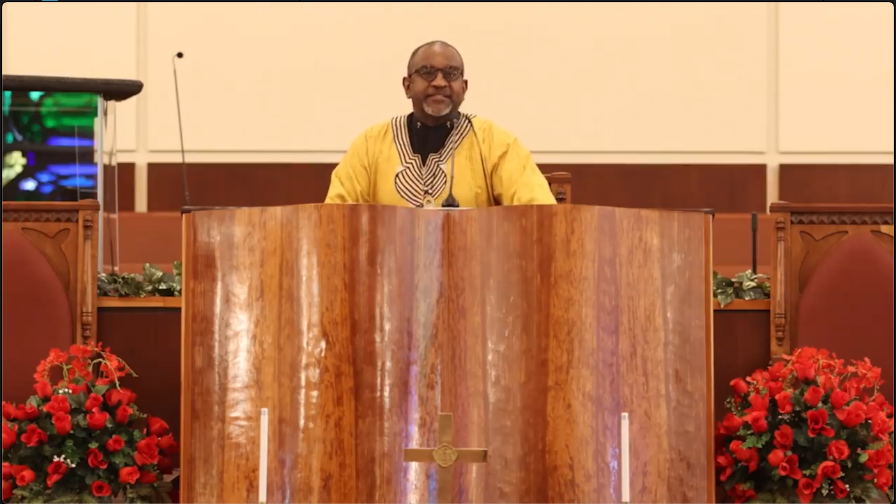 WEST POINT — The City of West Point’s annual Black History program took place virtually Friday evening via BeeTV. The featured speaker was the Rev. Frederick A. Davis, who began his ministry in Lanett in the 1970s and who has gone on to pastor a large church in North Carolina. The program also had a youth component as recognitions were given to students at Point University, Troup High, Long Cane Middle School and West Point Elementary.

In a video appearance, he spoke from the pulpit of Mount Calvary. He thanked the mayor and city council for inviting him to speak and noted that he had at one time served as a substitute teacher at West Point High School when he was at St. John. In the Southern Baptist tradition, he quoted from the Bible and from famed theologians in underscoring the program theme “Living a Life That Matters.”

“In a world of wretchedness and wickedness, we must strive hard to lead a life that really matters,” he said. “We must be careful of the messages we receive in our lives.”

He said that he liked the writings of Rabbi Harold Kushner, a well-known and widely respected author of religious works.

“All world religions,” Davis said, “call for the doing of good works.”

A life that matters, Davis added, is one in which an individual does all he or she can to discover their inner self and what God intended for them to be.

“We can all love each other as brothers and sisters or die alone as fools,” he said.

Davis said there’s an important lesson to be learned in the story of the young boy who once put an old wise man to the test. He walked up to him with a closed hand and told him that he was holding a small young bird in that hand. He asked the wise man whether it was alive or dead and the wise man replied, “Whether it’s alive or dead is in your hands.”

“Living a life of meaning is in your hands,” he said. “I wish you peace and love. Thank you for allowing me to be part of this program today.”

“My goal for West Point is to be inclusive and to treat everyone as brothers and sisters,” he said.

“Thank you for your generosity in this tradition of giving,” she said.

Given in memory of a former Council Member, the Donald A. Gilliam Award went to Valley Community Outreach (a.k.a.) The Village for the work it has done with food distributions in the parking lot outside Bethlehem Baptist Church.

Point University President Dean Collins thanked the mayor and council for having a Black History program and for allowing the school to recognize four outstanding students who are involved in sports and in campus ministry. They are Tyreek Robinson, Molly Gullen, Eli Caldwell and A.J. Cottle.

“We will miss them when they graduate,” he said.

Also appearing was a routine by the Troup High step team. Many of today’s high school step teams are doing routines that were popular among historic Black colleges in the 1960s. It can be considered an art form because the steps are synchronized with limb movements and styling being secondary. Clogging is a form of step dancing. West Point Police Chief Donald Britt thanked Sandra Thornton for organizing the program. WPPD was one of the program’s sponsors.

The program concluded with the singing or James Weldon Johnson’s “Lift Every Voice and Sing.” It was written in the early 1900s in the Jacksonville, Florida area during the period of Jim Crow segregation and has often been called the Black National Anthem.