Chambers Academy salutatorian loves God and people who have influenced her 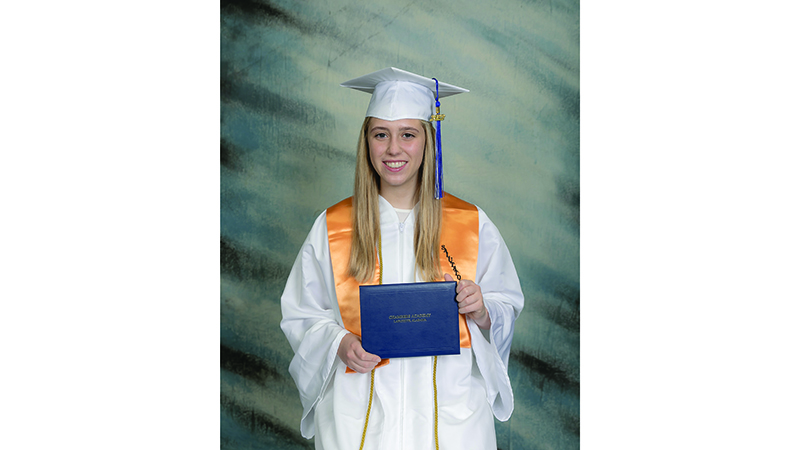 As Chambers Academy’s 2022 salutatorian, Claire Allen, said it feels amazing to know that all of her hard work has paid off. She doesn’t yet know what she’ll talk about in her graduation speech, but she had plenty to say about her experiences at school.

Allen said that being impacted by students and faculty, getting to talk about God at school and being a part of the Youth for Christ Club, in which she enjoyed doing morning devotions, have been her most positive experiences at Chambers Academy.

Even though her teams haven’t won any championships (except for one in junior high), Allen considers her involvement in sports to be one of her greatest achievements at school.

“I learned a valuable lesson just being with my teammates and my coaches,” she said. “I love being a part of that.”

Allen said she was involved in cheerleading, basketball and volleyball.

She was also the secretary for her school’s Student Government Association.

Jason Allen, Allen’s father, coaches football and basketball at Chambers Academy. Though Claire Allen wasn’t on any of his teams, she said seeing him in the halls every day has had a great impact on her. She said he’s also very supportive at home.

Allen also said a basketball coach, Coach Jeff Hines, has had a major impact on her.

“He taught me the importance of relationships,” she said. “When he first came, I was thinking, like, ‘I just want to win a championship.’ But I got something greater than that when he came, and I would rather have him as a coach than win a championship any day.”

The instructor who influenced Allen the most is her history teacher, Coach Tom Garrett.

“He uses discipline in his classroom, but at the same time, he’s just an amazing person,” she said. “He has such a good method of teaching, and he really wants us to learn, and I appreciate him.”

Allen wants to get a four-year college degree, but she doesn’t yet know what she wants to study or what she wants to do for a living. She is considering starting college at Southern Union State Community College and then transferring to Auburn University.

Allen said she’s grown in her faith a lot at Chambers Academy. She said she’s always struggled with anxiety.

“It’s been hard, my high school years, but I’ve just learned to grow and become a better person because of it,” she said.

Allen has always been a high-achieving student. What keeps her motivated to succeed is wanting to be a better person for others.

If she could give current or future Chambers Academy students advice, it would be to put God first. If Allen could change one thing about the world, she would like for people to show more respect, love and appreciation to those who have shaped them and cared about them.

Allen was born in Opelika and raised in LaFayette.