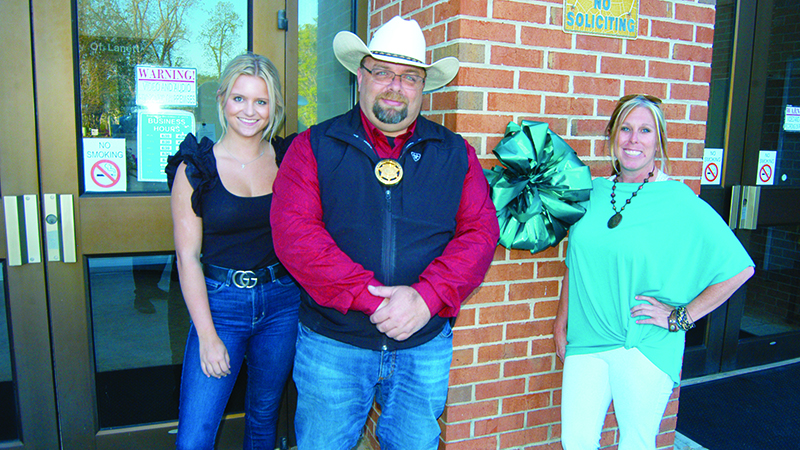 At Monday’s city council meeting, a proclamation was approved to recognize the observance, and a copy of it was presented to Amanda Carpenter and Mary Arnold of Rape Counselors of East Alabama, which covers a five-county area including Lee, Macon, Russell, Chambers and Tallapoosa counties.

“April is Sexual Assault Awareness Month – a time to draw attention to the prevalence of sexual assault and to educate individuals and communities on how to prevent it,” the proclamation reads. “Sexual harassment, assault and abuse are widespread problems. In the United States alone, nearly one in five women and one in 67 men have been raped at some time in their lives (Smith et at. 2017), and one in four girls and one in 20 boys are sexually abused by the age of 17 (Finkelhor et al. 2014).”

The proclamation goes on to maintain that sexual harassment, assault and abuse can happen anywhere, including online spaces.

“Now more than ever, screens and technology connect us with others,” the proclamation continues, “but for too long, harassment, cyberbullying and sexual abuse have been seen as unavoidable behaviors online.”

“Each of us has the power to change that,” the proclamation reads. “Together, we can make a difference in building safe, inclusive, and respectful communities that thrive online and offline.”

2002 marks the 21st anniversary of Sexual Assault Awareness Month. This year’s campaign has the theme “Building Safe Online Spaces Together.”

“We can build online communities free from sexual harassment, abuse and assault by practicing digital consent, intervening when we see harmful behaviors and promoting online communities that value inclusion, safety and respect,” the proclamation reads.