How Point’s Tyrique Robinson persevered as a dual sport athlete 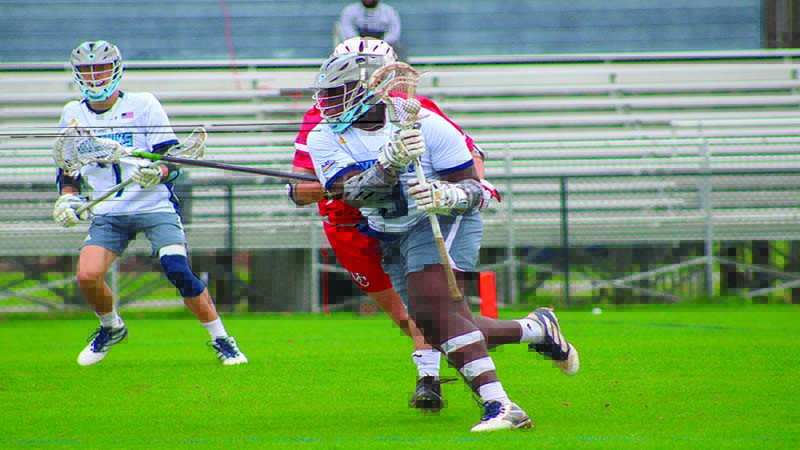 Tyrique Robinson has overcome a lot in his life, but that didn’t stop him from succeeding as a two-sport athlete in college.

Robinson is from Decatur, Georgia and has been playing football since he was six years old. Despite playing football for a longer period of time, Robinson was recruited to play lacrosse at Point.

“I used to watch this show called ‘Teen Wolf,’ and they had lacrosse,” Robinson said. “My high school ended up having it, so my freshman year I tried out for the team.”

One of Robinson’s biggest challenges was combining the life of a two-sport athlete with academics.

“I’m always telling myself to be mentally tough,” Robinson said. “Where I came from, I always had to be mentally tough. It was just me and my mom. I had to grow up and be mature at a young age. My mom had to teach me everything while providing and going to work.”

“I had to be able to make sure I could take care of myself,” Robinson said. “I transitioned that over into being a two-sport athlete. If I want to be in school, I have to play both sports.”

Robinson said he doesn’t mind because he enjoys playing both sports.

“I have a lot of love for both sports to where I didn’t mind putting my body through it in order to move me across the bridge into something that was going to be more beneficial toward the long run,” Robinson said. “Even if it’s not professional football or lacrosse, it can get me into other bridges like getting my diploma.”

Robinson looked up to two specific athletes during his early career. One of them was Ernie Davis, who was the first African American Heisman Trophy winner. The other is current Jackson State Head Coach Deion Sanders.

“I used to watch Deion’s videos all the time for motivation,” Robinson said. “At his age, he’s still going hard. He uses football as a lifestyle. He gives it back to people every day now that he’s a coach.”

As for his athletic future, Robinson hopes to try out for either an NFL team or an overseas team where he can play either football or lacrosse.

“If that doesn’t work out for me, I’m probably going to go into a career of social work,” Robinson said. “I really want to be that person that helped me get through high school when I had nobody else. I just love helping other people.”

Robinson will graduate in May 2023 with a degree in counseling and human services.