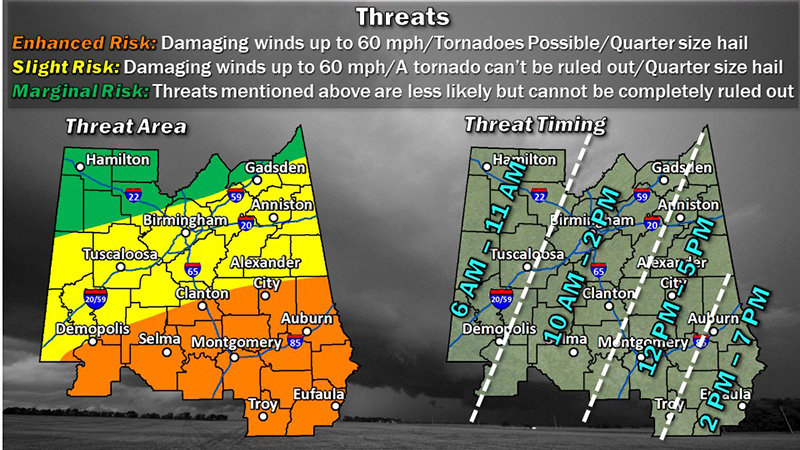 Strong winds greater than 60 miles per hour, tornadoes and hail are possible in Chambers County on Tuesday, according to the National Weather Service in Birmingham.

Tuesday’s weather includes an enhanced risk that goes south and southwest of Chambers County, including all of Lee County, Selma, Montgomery, Troy and Eufaula.

On Wednesday, a second round of storms is expected to bring severe weather to the area again. Chambers County is under an enhanced risk of severe storms, as are areas north and west such as Birmingham, Clanton, Tuscaloosa, Alexander City, Anniston and Gadsden.